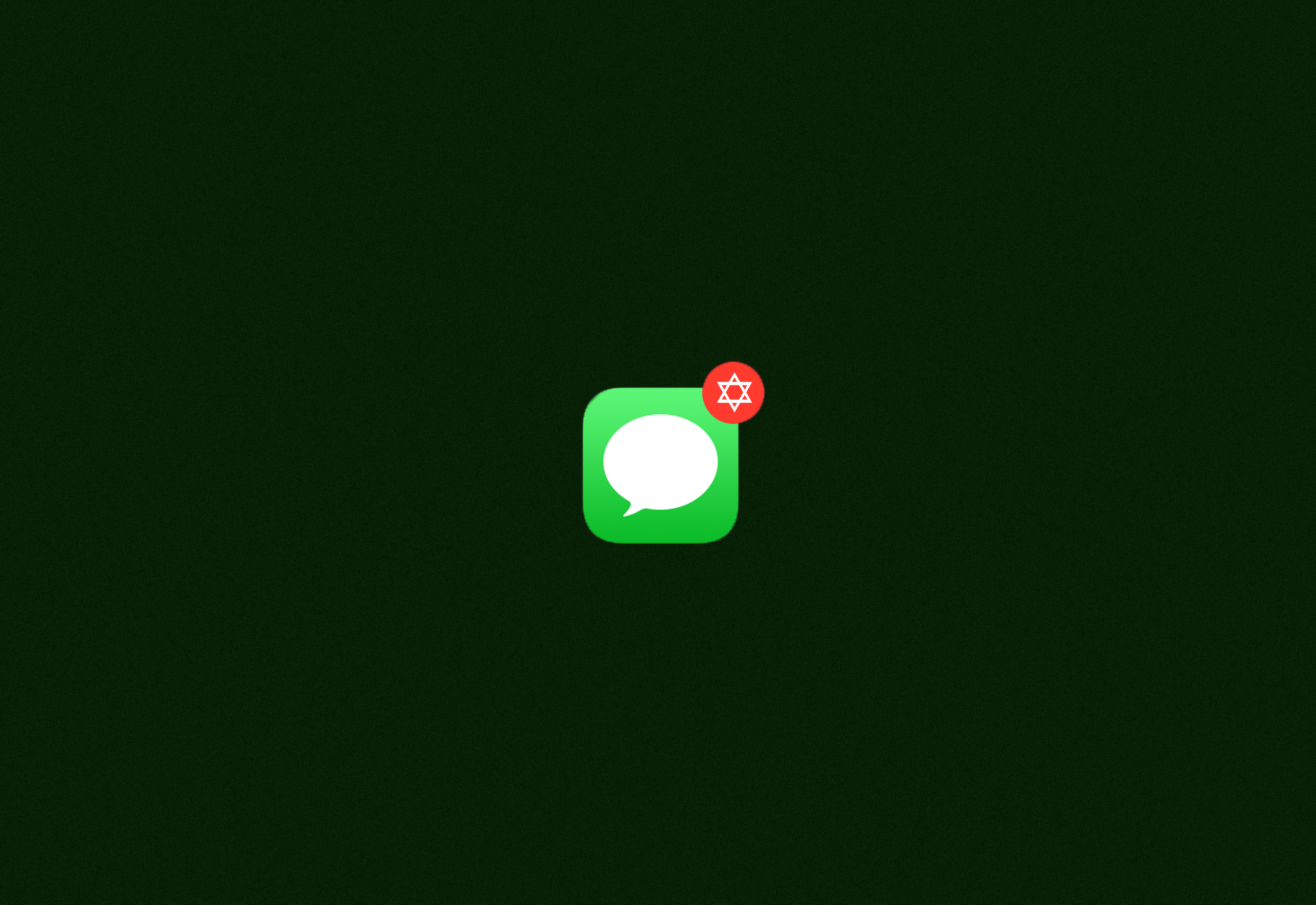 Dating apps are where damaged divorced men go to die. It was in a sushi restaurant in Los Angeles that I first discovered this incontrovertible truth. It was one of those obnoxious sushi eateries wherein the chef forbids you from making your own decisions as to what dipping sauce pairs with which rolls and sashimi, a brightly-lit expanse of pale wood and Lucite tables where if you request a side of ponzu sauce for, God forbid, a yellowtail roll (because ponzu is mandated for sea bream only), a Yale Drama graduate frustrated with the commercial audition circuit and mid-week dinner shifts, curtly declines your culinary request in a way suggestive of a member of the mob.

That late October night, I was seated across from Shai, an Israeli immigrant in the construction business and formerly of the diamond business with whom I’d matched on JSwipe (as one does under collective Jewish-community coercion). Eleven months had gone by since my husband and I decided to divorce, seven since he had moved out of our home, and I hadn’t been with anyone. Like most people who read hardcover books and were ruined forever by 1970s French cinema, I thought dating apps were the least romantic approach to meeting one’s potential soulmate, an online catalogue of flat, two-dimensional profiles that rarely made the leap into real life. Still, it had been eleven months.

A magazine editor, I penned a tight four-line paragraph under a photo of me with ample bosom and my dog, noting I’d penned a term paper at Cornell on the symbolism of hair in Hemingway novels. Surely, this would attract charismatic neurosurgeons from Cedars-Sinai and award-winning authors adapting their books for Hollywood. Within seconds of posting said profile—Just Jewish, Kosher, Liberal—Shai appeared, Facetiming me from the parking lot of Lowe’s, where he’d gone to buy drywall and caulk for a client’s garage in Reseda. He was eager to discuss Hemingway, though admitted he’d never read A Farewell to Arms—or The Sun Also Rises or For Whom The Bell Tolls or any of the short stories—but he had read The Old Man in the Sea in seventh grade, in Hebrew. “I learned it for school,” Shai said. “I think we have a lot in common. We are both Ashkenzim. You will not find anyone else. When do you not have your kids?”

He mostly spoke in Hebrew and I mostly answered in English, because I lived in Israel for a time but my accent makes me sound like a dumb American tourist. “That sushi was overpriced,” he said when the check came. “Next time I’ll make pita and labne.”

But Shai had eyes the color of my favorite beach in Caesarea. He reminded me of a taller, fatter Lior Raz in Fauda, even if Shai’s ranking in the Israeli army involved performing clerical duties in a dusty office because he was diagnosed with asthma. We went home that night and fell into bed and I sobbed afterwards because that was the first time I’d been with anyone else save my soon-to-be ex-husband in over 14 years. But Shai was sweet about it and told me I would get the hang of post-divorce sex and we met two days later at his beige Calabasas home, sparsely furnished and scrubbed cleaner than a picnic cooler with a transplant organ. He showed me his yard, his lemon tree and the cotton sheets he’d ordered from China in bulk. He pointed to photos of his three “perfect” boys, gushed about them endlessly and offered to help me sell my engagement ring to a guy he knew downtown. “If you use a dish, load it into the dishwasher,” he instructed.

For the first several months, our date nights consisted of him mopping my kitchen floor, folding my laundry and watching Israeli sitcoms on the cable channel he didn’t pay for but was able to pick up by way of a neighbor’s Internet signal. He’d pack me Tupperware containers of homemade schnitzel and arrive at my house with various household appliances from Big Lots: cell phone chargers, laundry baskets, a battery-operated kettle. He installed outdoor lights in my small, fenced-in yard and appeared one evening with an olive oil dispenser “for smaller portions to avoid becoming fat.” He advised me to cut my kosher chicken breasts in half and freeze the unused portions. Shai was stocking up on masks long before the coronavirus pandemic virus reared its ugly head.

Shai’s pragmatism knew no bounds. He was practical in a way that left me awestruck in its radical acceptance of what we could control in the world—and that basically included dish soap and bathroom tile. If there was a chair pulled out from the table, Shai’s entire world would implode. He would spend hours sweeping the living room floor.

On Shai’s JSwipe profile, he had written that he was “romantic,” but one night, while vacuuming a single crumb off his bedroom floor, he informed me that he did not have feelings.  “I am dafuq,” he said, the Hebrew word for “screwed up in the head.” He would never move in with anyone again, would never marry again, never merge financial assets. He assured me that I would not either, that any potential of that happening was delusion. Not just for him and me, but for every divorced person with children. “That’s for people in their 20’s,” he would say. The things divorced people needed, he said: “Sex.”

By that point in time, I’d come to terms with the fact that dating in the age of divorce is like a white elephant table of toxic exes: I’ll trade you my emotionally-abusive recovering alcoholic for one emotionally stunted contractor with a paralytic case of OCD and the emotional maturity of a 12 year-old boy. Bidding starts at $5.

On the other hand, Shai was wickedly funny and keenly observant. He was right about the things he said about me 72% of the time. My dog fell madly in love with him. “Kalba!” he would call. And my dog would come running.

Shai was also an attentive and doting father, loving his children the way he could not anybody else. He commanded their attention, and they filed into line. But there was joy in their doing—they gardened, made their beds, cooked their own breakfast. They were the most well-mannered children that I have ever encountered. “I raised them like they are in the army,” Shai said proudly. On alternate weekends, when my kids were with their father, I was with Shai’s. Occasionally, we’d all hang out together, the contrast between his three young boys and my teenage son and tween-age daughter like the Exxon Valdez oil spill darkening the Prince William Sound.

One particular Sunday, my 14 year-old cracked open Shai’s freezer and helped himself to a popsicle. He had not asked, and Shai had not seen. But when Shai discovered a trail of cherry-red popsicle juice stretching from the kitchen to his bedroom and erupted into a fiery panic, I knew we were nearing the end.

We kept things going for several more weeks, until one fateful day roughly eight months after we’d met. Shai had gone to work, and I had spent the day in his living room, where he had invited me to work on my then in-progress novel. I’d managed to write a few decent pages, had taken great pains to rinse out the glasses I’d used for iced tea, and locked the back gate as instructed. But when Shai returned home, he noticed the one thing he had asked me to do that I had forgotten: run the dishwasher.

Shai sighed as if someone had died. “We are not a match,” he said. “We will not be together. But we can still have sex. If you want. Just no feelings.”

I did not want. Shai was back on JSwipe that same afternoon.

We kept in touch, which is easier to do when you were never right for one another in the first place. We called one another on Jewish holidays, he gave me a referral for a cleaning lady, sent me videos of his boys telling jokes. One day, when I was bored and alone and on the sofa watching CNN, I texted Shai and asked him, “Did you ever really read The Old Man in the Sea?”

“Yes,” Shai answered, in bed with his latest girlfriend. “He struggles with the fish.”

Peak Jewish Divorcee is a bi-weekly column charting the (mis)adventures of a Jewish, newly single working mom in Los Angeles.

Malina Saval is an award-winning features editor at Variety and the author of The Secret Lives of Boys: Inside the Raw Emotional World of Male Teens. Her articles and essays have appeared in Los Angeles Times, Los Angeles Review of Books, Glamour, Jerusalem Post, Tablet, and various other publications. She sits on the board of the Los Angeles Press Club and has appeared on such programs as NPR’s Talk of the Nation, CBS Radio, and the Patt Morrison Show.