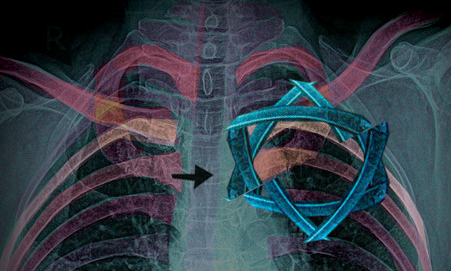 An editor once told me that divorce “fractures the narrative of childhood,” a phrase which has stuck with me ever since. But does growing up in a broken family or single parent household similarly impact the way a person experiences religion?

A recent study suggests that it does. Researchers studying Christian children found that a child of divorce is less likely to be religiously engaged than a kid who hails from a two-parent household. “Youth who experience parental divorce,” the researchers conclude, “report lower religious involvement and identity than their peers from intact families.”

Over at Slate, Amanda Marcotte took issue with the study—not with the findings, however, but with how the researchers interpreted their results. “I find it simultaneously amusing and disturbing how assured the researchers are that people like myself—I’m both a ‘child of divorce’ and an outright atheist—are a problem to be fixed,” she writes.

Like Marcotte, I am a child of divorce who experienced marked declines in religiosity as I grew older. And though I’m not an atheist, I don’t take kindly to the presumptions of the researchers that the possible fallout from a divorce—decreased religious engagement—is necessarily cause for alarm. (I am far more concerned with other measures of psychological well-being post-divorce.)

Perhaps I’m particularly sensitive to this sort of assumption because when I was growing up, I consistently heard it repeated by teachers who faulted divorce for all sorts of things—general misbehavior, rebellion (you know how I feel about that word), and of course, religious transgression.

‘I’m sitting right here,’ I’d want to shout as yet another teacher, seemingly oblivious to the diversity of her students, described my family situation as though it was the root of all evil.

Unlike the families described in the study who became less likely to attend religious services after a divorce, my family’s religious practice wasn’t drastically altered after my parents’ split. My mother, my sole caregiver, remained steadfastly Orthodox. We attended synagogue just as much as we had before, which is to say every week. My sister and I continued going to yeshiva. We still kept kosher.

If the researchers had been studying my family’s religious engagement after the divorce, they probably would’ve found nothing to support their conclusions. Yet upon closer examination, they may have been able to detect small fissures in our observance, minor shifts that might have predicted my future choices.

At our Shabbat table, ritual functions my father had previously performed now trickled down to us, three females. Though we blessed the wine and challah in his stead, we did so with the full awareness that we weren’t observing in an optimal fashion, which made us feel uncomfortable.

At school, we had learned that ideally a man should say these blessings, and in my friends’ homes, that was exactly what happened. When these same friends came to our house for lunch, I felt embarrassed as my mom stumbled over the liturgy. They, too, looked uncomfortable.

I noticed other things. I saw how as a single woman, my mother had no counterpart on the other side of the mechitzah, which meant she had no true say in synagogue affairs, and no one to say kaddish for her on behalf of my maternal grandmother.

My mother would complain about this—not angrily or in a way that suggested she thought things should be different. While she identified as a feminist (and was the reason I was pro-choice before I knew what that meant), her feminism was the type that stopped at Orthodox Judaism’s door. She never expressed a real desire to see her status and role changed.

Through my parents divorce, I was getting a glimpse of how truly unequal women were in the observant community. My friends, whose childhood narrative hadn’t been fractured as mine had, weren’t noticing these inequities.

It was as though my family’s “untraditional” structure conferred on me a sort of superpower (honed by many trips to the therapist), allowing me to notice what was wrong with the community. I felt like the kid in The Sixth Sense, who can see dead people when no one else around him can. (Spoiler alert: Bruce Willis is dead in that movie.)

I think of divorce as a storm that not only causes its own damage but also reveals other problems lurking beneath the surface. It’s sort of like what happened in the aftermath of Hurricane Sandy (and before that, Katrina), when the existing poverty of the hardest hit, most underserved areas is exposed. The storms didn’t cause poverty; they simply highlighted the problem. In Judaism, divorce definitely isn’t the cause of gender inequality—but in my experience, it made its existence all the more glaring.

Divorce, of course, isn’t viewed as some naturally occurring calamity. It’s viewed as a choice—a bad one. Traditional Judaism, like other organized religions, is arrayed around the family unit. The researchers acknowledged this issue, stating, “Many congregations hold traditional family models as the normative ideal and explicitly or implicitly discourage divorce.” Undoubtedly, this will make some kids feel like outsiders.

Given the centrality of the two-parent family in religion, divorce fractures more than just the narrative of childhood. It disrupts religious ideals, too. But the religious response to divorce shouldn’t be to uphold those ideals at the expense of those who fall short. Take it from someone who knows: that approach might do more harm than good.

Previously: Don’t Call Me a Rebel
The Problem With Modesty Blogging