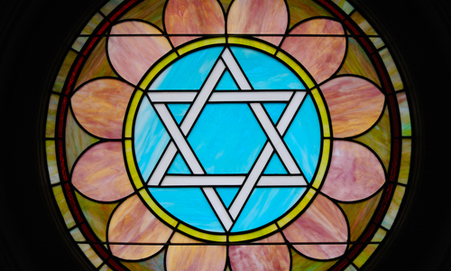 This was the first Rosh Hashanah I didn’t go to shul. I still saw friends, went to meals, dipped the apple in honey more than once, yet I never entered any one of the several minyanim I’ve frequented in the past. I never opened the machzor I’ve been using for years, the one I received free in the mail for a hoped-for donation that I didn’t send. And I never heard the shofar blasts calling me to repentance.

Does this mean I was blameless all year, that I had nothing to repent for? Hardly. It’s just that despite the myriad of rituals, the primary way the Jews I know mark Rosh Hashanah is with an extra-long synagogue service. And I don’t enjoy prayer.

This is not merely a sign of how degenerate I’ve become since leaving Orthodoxy. Prayer, even when I was a full-on believer, was always the most difficult part of Judaism for me. I’ve never been able to sit or stand still and even the most vigorous shokeling, the ritualistic swaying that the religious set do while davening, was never enough to keep boredom at bay. As a child, I was able to leave services without glares of disapproval and would spend hours in the ladies’ room with a friend, swinging from stalls (though I never did giant swings like John Cage did on Ally McBeal) and giving bubbies the scare of their lives when I popped out.

As I got older, I was expected to stay in the women’s section for even longer periods of time as though age had miraculously reformed my twitchy nature. It did no such thing. Throughout the practically daylong Rosh Hashanah services, I’d alternate my foot tapping from one leg to the other and then back again. I would leave my seat as often as possible to get sips of water from the fountain or to visit the restroom. I no longer attempted acrobatics in the stalls. Rather, I engaged in the more teenage-appropriate behavior of checking my hair in the mirror. But after five old ladies entered the bathroom and then left, I felt obligated to return the sanctuary.

Despite these stratagems, there was still left ample time to stew in my seat. Or stand and pray. The worst was mussaf, which translates to “additional service.” The first part is recited to oneself and I did my best to complete it as quickly as possible in order to get a chance at sitting before the even longer repetition portion began. (Woe unto me when I learned at school that I wasn’t supposed to sit down in front of a person still engaged in prayer. I’d stare angrily at the woman behind me who seemed to be taking her sweet time communing with God and seeking blessings for her family. I hated her so much.)

I also engaged in “machzor math” by flipping to the end of the mussaf service to figure out how many pages were left until the final shofar blasts of the day. (As a math-phobic person, this remains the only type of arithmetic I’ve ever been any good at.)

At times, however, I took a grim satisfaction in surviving the service as though I had run some sort of liturgical marathon. Back at school after the holidays, we’d boast to one another about how long our davening lasted. The winners (and losers) were the ones who didn’t get to eat lunch until it was practically time for seniors in Florida to get their early bird specials. (This same sort of competition was applied to Passover seders. Eating dinner before midnight was a sign of impiety.) In Orthodox Judaism, as in my beloved sport of gymnastics, your grit is measured by how much suffering you can endure.

As an adult, I stopped attending Orthodox services. I found congregations that shared my values, from egalitarianism to social justice. There is just one problem—these guys use a liturgy very similar in content and length to the service of my youth. And they really like to sing it out.

Again, I found myself resorting to the same time-killing strategies I used as a kid. I showed up late, got up often to go to the bathroom and get sips of water. I found people to speak to. I rose and sat with the congregation. And I counted how many pages we had to go until we would be free for the day.

When I woke up on Monday morning, I was ready to go through all of it again. I’d show up late and then distract others with mindless chatter. And then I’d distract myself when they’d finally shush me. I’d rise and sit in accordance with the script. Once again I’d hope that instead of ten or twenty minutes of connectedness with the material and the songs, maybe I’d get half an hour this year.

Then I decided to go back to sleep. Perhaps it was pure laziness that kept me in bed for hours with a book and a cup of coffee until it was time to meet my friends for lunch. And it was that, at least in part. But it was also me finally recognizing that prayer wasn’t meant to be my form of spiritual expression and engagement.

On some level, this is surprising. I’m a writer and rabbinic Judaism (as one good rabbi friend once pointed out to me) is a verbal culture. I enjoy text study and can argue for hours. You’d think that prayer, being comprised of a lot words written into books, would also thrill me. But when confronted with the liturgical text, I rarely feel anything in the recitation of it, even amongst a group of friends I love and respect. It mostly leaves me cold.

So what’s the difference between the intellectual discussion that excites me and the prayers that bore me to distraction? It is, in part, the demand for stillness. I’m not a meditative sort and I feel most connected when I’m moving and dancing. But it’s also the rote nature of these lengthy services. What I cherish about literary analysis and debate is that though we are working from a static text, we’re improvising as we argue. For me, spirituality is achieved, however briefly, from constant shifting and changing. I can’t work from a script. (Or remember a beam routine much to my former coach’s chagrin.)

This reminds me, like virtually everything else in life, of a moment from Buffy the Vampire Slayer. When Werewolf Oz is asked about Sunnydale High School’s marching jazz band, he explains, “Since the best jazz is improvisational, we’d be going off in all directions, banging into floats…scary.”

Similarly, a standardized davening keeps the congregation together. The unity and cohesion of many voices joining together, saying the same words, is for some an incredibly spiritual experience. I have friends who find great fulfillment and connectedness in the traditional service.

Thankfully, these folks mostly indulge me and my inability to daven. After two years of living in Los Angeles, my friends hosted a Shabbat lunch to bid me farewell. When it came time to bench after the meal, one announced, “I think that because it’s Dvora’s last Shabbat here, we should bench quietly and to ourselves, the way she likes it.” It was one of the nicest things anyone has ever done for me.

Though undoubtedly these friends also find Rosh Hashanah davening overly long—I’ve spied others doing machzor math—they enjoy a good sing-along and get into it. I wouldn’t want anyone to cut it short on my behalf.

Besides, the longer they spend in shul, the more time I get to spend in bed or dancing around my apartment before I meet them for the most Jewish act of all—eating.