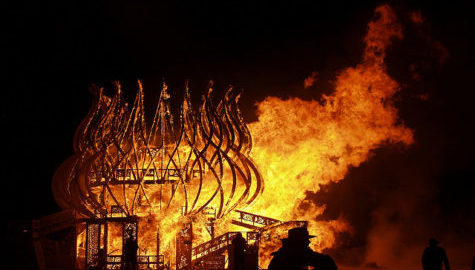 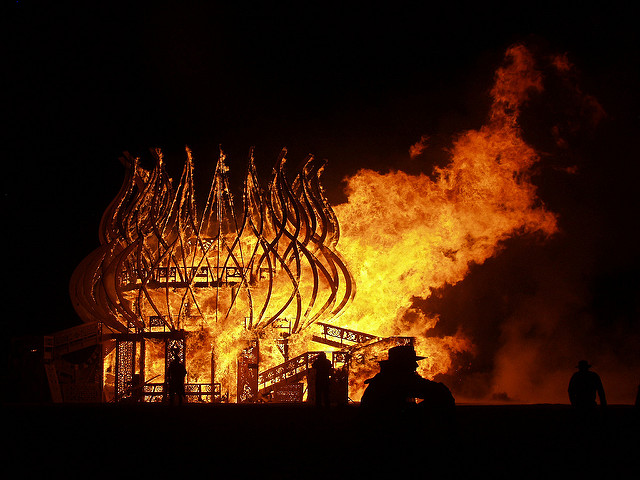 Today is Lag B’Omer, the most baffling holiday on the Jewish calendar. But if you stop and think about it, it’s similar to a modern, secular holiday: Burning Man. Think about it, it’s a rollicking good time, but few people actually bother to observe it. But the similarities don’t stop there. Squint (there’s smoke in your eyes, after all), and these are the ways the lines between Lag B’Omer and Burning Man start to blur:

For what it’s worth Israel’s version of Burning Man, Midburn (a pun on Midbar, which means wildnerness), takes place in the Negev in less than a fortnight, ending as Shavuot begins. Missed opportunity, Israeli burners! Or, consider today your warmup—a literal one, since, once again, the common thread here is fire.

Photo of Burning Man, 2009 by Mindaugas Danys, via Flickr.