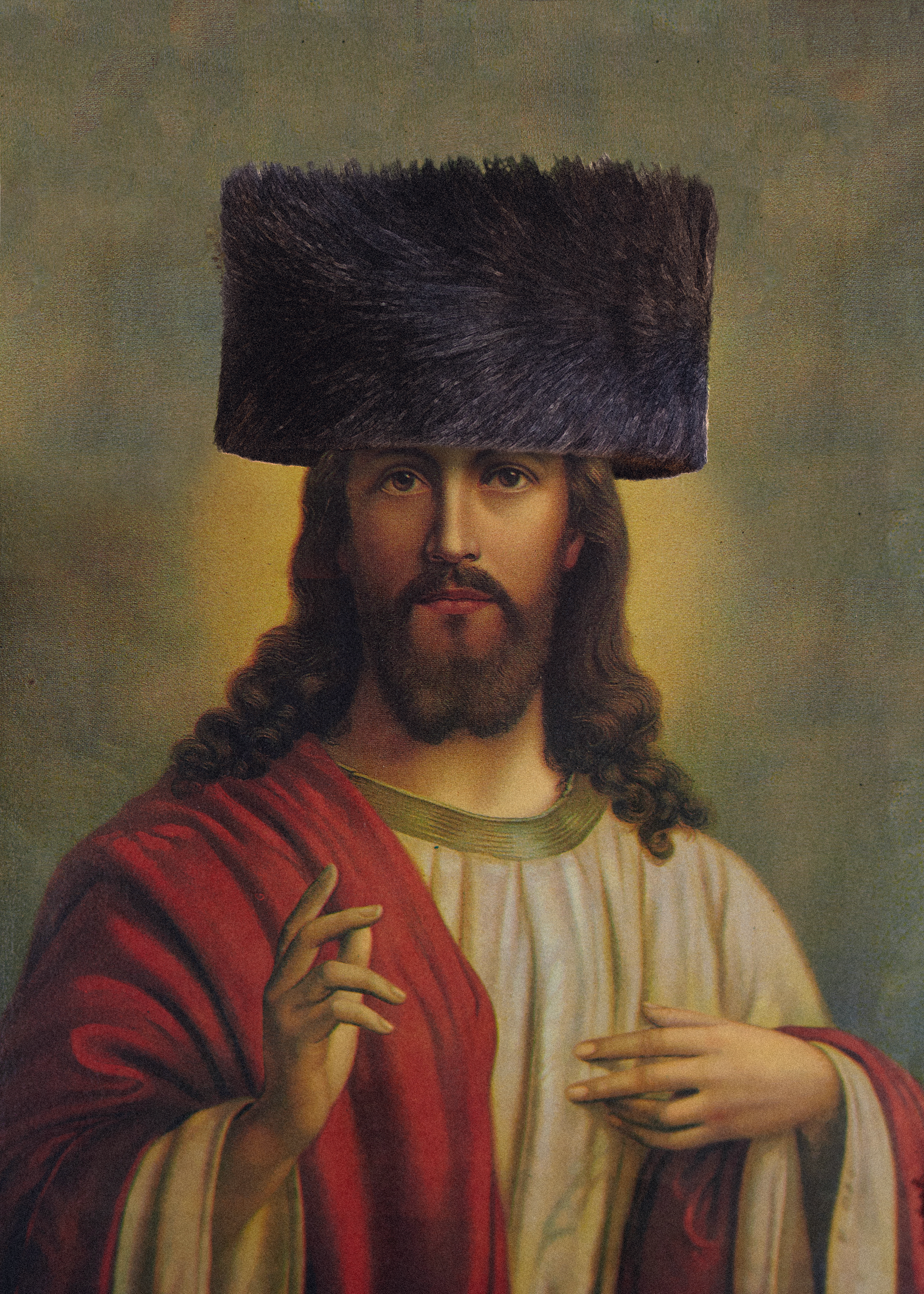 It’s that time of the year. Thanksgiving is over, the air is colder and crisper, and lights are coming up again. Billions of people around the world are getting ready to celebrate the birth of Jesus. Except the Jews, of course. But that doesn’t mean they won’t participate in the obsession with everyone’s favorite member of the tribe. Most people forget that he was one of ours, though. And in the season of joy and celebration, the odd op-ed and the very common tweet mis-ethnicizing Jesus never, ever fails.

Jesus was not white. This statement is simple enough, and it is truthful, I suppose. (I never assumed he looked like a Renaissance painting because I have common sense, and now we have BBC’s reconstruction, which looks like he would have been profiled by airport security, for sure.)

But once you give an inch… Now, absolutely everyone wants to claim the lord and savior as theirs. I mean, we’re all obsessed with “representation,” and the son of God is the ultimate cop. Jesus has been Black. He has been Asian. He has been Irish. Jesus has even transcended the racial debate and has been gendered as non-binary. OH, and lest I forget, Jesus has of course been Palestinian. A Palestinian Brown Jew, nonetheless. Might as well have been a sphinx.

So here’s where the Jews come in. We–and this is a loose ‘we’ thankfully–have resorted to defending ourselves against misinformation and erasure by stating the obvious. Jesus could not have been Palestinian because Palestine did not exist in his lifetime. He was born in the Kingdom of Judea, and the term “Palestine” wasn’t used until more than a century after his death. And I hope I don’t have to explain why he wasn’t Black or Asian because I won’t. Jesus was a Jew. He was Judean, if you will. Fine.

There are, of course, those of us who are going as far as to say Jesus was Mizrahi, which is unfortunately as ridiculous as saying he was a Palestinian Jew. If we’re using the argument that he could not be Palestinian because Palestine wasn’t a thing… Well, then neither was the Mizrahi because the diaspora wasn’t a thing either (not as we know it today), and Jesus was also not in it. No sense at all. This argument, apart from being very wrong and using the same non-logic as other communities, seems to one-up the defensiveness of just saying he was a Jew. It’s a little iffy, and this is the sense I get from a lot of the Jewish response.

To put it plainly, my friends, some of you Jews are a little too eager to ‘claim’ Jesus.

I get it. As Jews, we’re forced to cede our representation all the time now because we’re deemed not worthy of it. But Jesus!? We’ve spent thousands of years distancing ourselves from this man who, by the way, was a heretic according to our tellings, one whose name many religious Jews will not even utter. There was a whole other religion created from him which was used to oppress us, and the cherry on top is we were blamed for his death. Now suddenly he is our poster child? Hashem Yishmor. I’m all for claiming what’s ours, but I will graciously take this ‘L’.

Also, isn’t the whole point of Jesus that he was a beacon of universalism? I claim to be no expert on Christianity, but I’m pretty sure obsessing over Jesus’ race and appearance is counterintuitive to his message, no? The fact that communities want to see themselves in him, and depict him in their own image is not crazy. It’s natural, and I take no issue with it.

I do not care. I don’t! And neither should you. Wasn’t that one of the selling points for Judaism in the first place? That we do not have to care about all this? God knows we have other things to worry about.

Let them claim him. He was one of ours, but he isn’t ours. Ironic as it may be, it is funner this way too and great to watch from afar. What will Jesus be next? Azerbaijani? Losangelino? A teletubby? Vegan? A barb? Maybe he’ll even be Ashkenazi. I bet he likes bagels and klezmer and chopped liver. Happy for him. And ultimately, whatever he is, wherever life takes his legacy, I’ll take comfort in knowing that it’s absolutely none of my business.