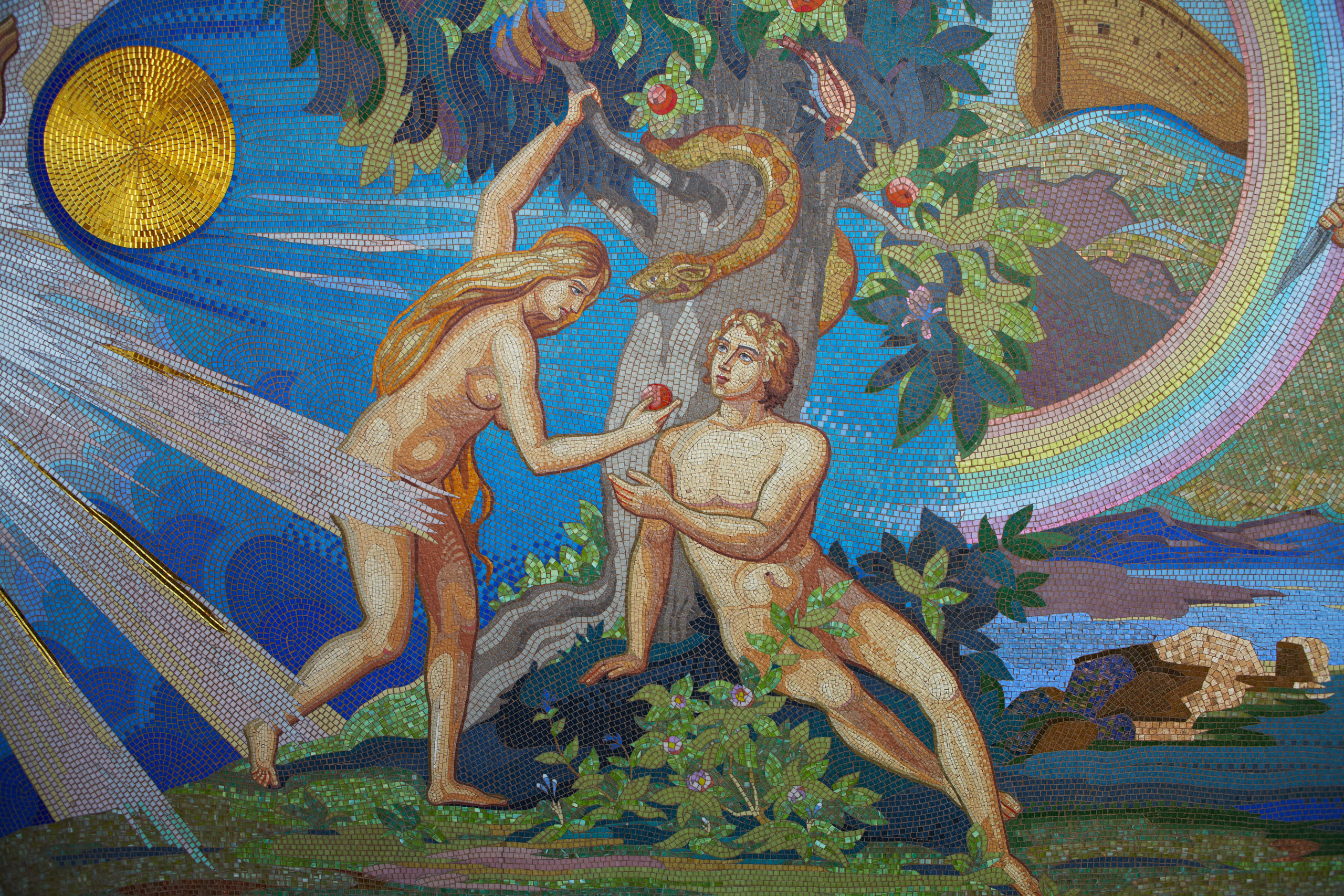 This is the first parsha of the Torah. In it, G-d creates, well, everything, from night and day to planets to animals. On the sixth day of creation, after all the animals were created, G-d created mankind. He saved man for last because man was his favorite, and he wanted everything to be ready for Adam. After the six days of creation was Shabbat, when G-d rested. You know when you’re eating a few different kinds of food for dinner and one is your favorite food so you save a couple bites of it to eat after everything else so that’s the last taste in your mouth? That was sort of what G-d was doing with mankind, y’know, saving the best for last. (Although G-d doesn’t eat people.) (Although a four-year-old I was babysitting did ask me that once.)

Adam, the man, asked for a wife. The “old ball and chain” mentality when it came to marriage must have existed even then, because G-d waited until Adam asked to give him a wife—otherwise, he would’ve complained the first time he got annoyed by her. After Adam asked, G-d made him a wife, Chava, because it isn’t good for man to be alone. I can affirm that: I get miserable whenever I’m alone for extended periods of time. (I also choose to be alone for extended periods of time regardless.)

G-d gave the happy new couple one commandment, not to eat from one specific tree in the Garden of Eden, and allowed them to go wild in any other respect. But, of course, we always want what we can’t have, and with some peer pressure from a snake, Adam and Chava violated the one law they had to follow. They ate the forbidden fruit from the forbidden tree, the Tree of Knowledge, and instantly their third eyes were opened. They were no longer blind to things we now consider human nature, like shame and mortality and the evil within. They were punished gravely: Adam with the burden of work, Chava with pregnancy and menstruation, both with death. Yikes. The snake lost its hands and feet, speech, and sense of taste. Still, punishments aside, I kind of get why they did it. I mean, infinitely more knowledge than you have now? Just by eating a single fruit? Can you imagine the fame that would bring you, and all the awards for being the smartest person alive?

Anyways, Adam and Chava were banished from the Garden of Eden. They had two sons, Cain alongside one twin sister and Abel alongside two triplet sisters, and since they had to reproduce somehow, each son was to be paired up with the sisters he was born with. Whether it was because G-d liked Abel’s sacrificial offerings better, Cain’s jealousy that Abel pulled more girls than him, or just plain old sibling rivalry, it ended the same way: with the world’s first murder. Adam and Chava later had another son, Seth, and later on, when the world was destroyed by flood, Seth’s descendant Noah and Cain’s descendant Naama, along with their children, were the only ones to survive—but more on that next week.

Before they ate from the Tree of Knowledge, the full extent of Adam and Chava’s evil was external. The only bad thing they ever did, the only bad thing they wanted to do, was the result of an external evil whispering in their ears. After they ate from the fruit, evil suddenly lived within them. Now they (and we) had to live with the proverbial devil on their shoulders, constantly swaying them to do the wrong thing.

With evil inside man, suddenly, tiny slights such as Abel’s to Cain’s were something unforgivable. And that’s what we’re here for, I think. When you’ve been slighted, when you think you’ve been treated unfairly, that’s when the evil inclination inside you tells you that you want to lash out. In times like these, let’s pretend that little voice isn’t inside our heads, but let’s see it for what it really is—a snake who wants to see us mess up.