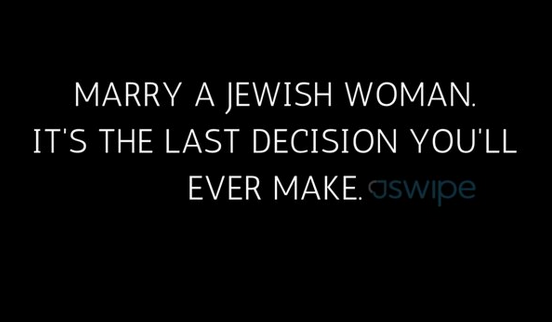 Ah, JSwipe. In theory, such a tidy little app, using Tinder’s model of swiping right or left to summarily accept or reject an entire person on the other end of your phone. Why not apply that standard of modern dating to Jewish communities?

In theory, sure, why not? If prefer to swipe right for another Jew, that’s your prerogative. But in an effort to reach out to diverse Jews, JSwipe’s publicity strategy falls into catering towards the lowest common denominator, which usually means a lot of jokes about matzah ball soup, unfortunate puns on the word “Jew,” and Seinfeld references.

But sometimes these awkward/annoying attempts to be hip bleed over into offensive. Take this recent  Facebook post: 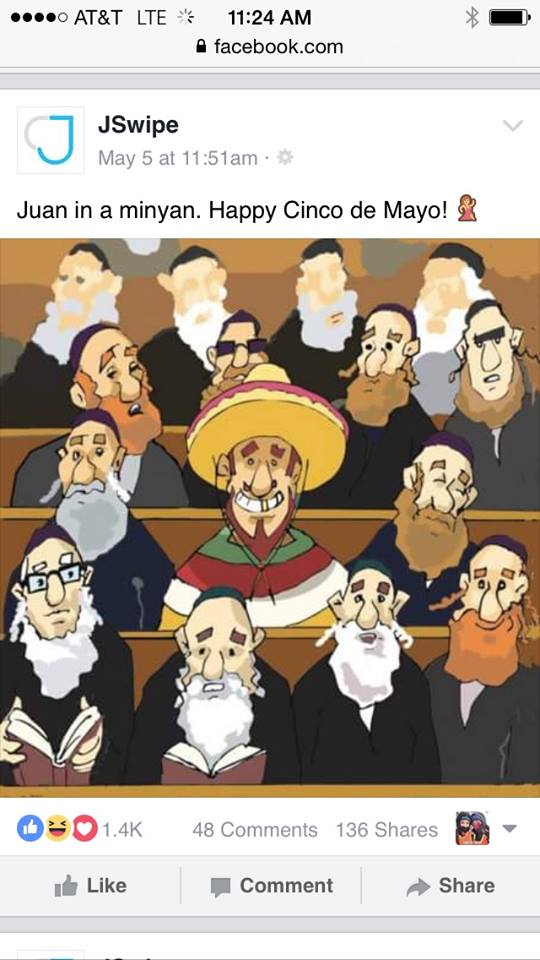 It’s hardly worth explaining why this is offensive (to keep it brief: it’s an overly stereotyped image of a Mexican person on Cinco de Mayo, and also the joke is rooted in the idea of a Mexican Jew being incongruous when there are totally Jewish Mexicans).

But most of the offensive online content is rooted in sexism, because, well, it’s a dating app.  For example, JSwipe was recently the partner at a “#CrazyJewishMom” event, because there’s nothing funnier than an overbearing Jewish woman, am I right?

Or take a recent tweet, since deleted, that joked that you should marry a Jewish woman, since it would be the last decision you’d ever make.

(To be fair, I once heard a similar joke made by an officiant at a Jewish wedding. It wasn’t funny then either.)

If JSwipe is trying to make good-natured in-jokes about Jewishness, they’re missing the mark, and attacking the very women they want to be part of its clientele (and the app itself isn’t sexist). Rather than letting dating in the faith be what it is (complicated), JSwipe has to represent men there by coercion, women as nagging shrews,

Maybe it’s an effective strategy, but that doesn’t make it not stupid.

Nor is JSwipe the first Jewish dating program to be embarrassing.  JDate (which acquired ownership of JSwipe some months ago), has been using flimsy stereotypes as part of its marketing for ages.  Take this commercial from 2014:

(That blonde will never understand you, Jewish man, because the entirety of your identity can be summed up by a Jewish summer camp experience that all like-minded Jews know and love.)

All that pandering, and JDate can’t even spell “bashert” right in an ad: 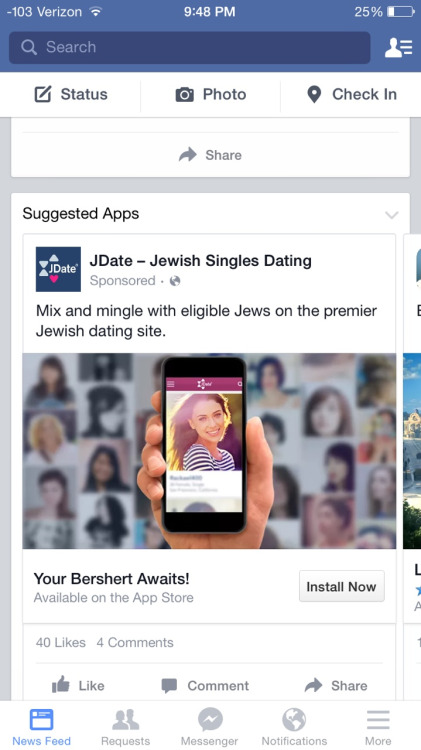 Also, guys, since you like Yiddish 101 catchphrases? Try “shandeh fur di goyim,” which means, non-Jews on the Internet can see you being awful when you’re claiming you represent young Jewish adults so stop embarrassing us.

Plus, you’re alienating young Jewish adults. You know, people you want to use your service?

So even if its service is fine, is the advertising such a turnoff that you should swipe left on JSwipe in its entirety?