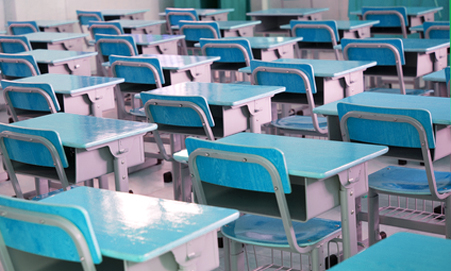 After college, I found myself back home in New York, forced to take a drier-than-dirt French literature class two days a week. Somehow, I needed this class in order to graduate. Never mind that I had taken French all throughout college, studied in Paris for a year, and was practically fluent—that is, in the parts of the French language that relate to French pastries, breads, cheeses and a respectable smattering of fish and poultry parts. My college French department was unmoved by my intimate knowledge of charcuterie, and they made me take one last class just to make sure that I understood how dull Diderot is.

Unfortunately, the class conflicted with my vacation plans—I had already planned a trip to Switzerland before the French department had said ‘non’ to my graduation aspirations—but there was nothing I could do about it. So there I was in September, back in a French classroom, bitter and annoyed as a new semester began. In that hot, spartan room we all sat, the French classics at our ready, as we awaited the professor.

The door nudged open just after 4 p.m. and in she walked, or rather, edged. She must have been 90 years old, with a shock of wispy white hair cut carefully around her face. Her lips were painted a perfect red and were as wrinkled as raisins. She was carefully dressed in a colorful long sleeved silk blouse, despite the heat. She cast her eyes about the room as she made her way to the desk in what seemed like a perilous act of multitasking. There was silence and respectable stares as she lowered herself into her chair.

She seemed to take a minute to survey us from her post. “I am Professor Claire Reinsdorf,” she finally said in a slow and deliberate accented introduction. “Velcome to 18th Century French Literature. Zis is von of my favorite classes. I hope you vill enjoy it too.”

Her speaking pace matched her walking pace—slow and deliberate, which was also the pace of the class. She had obviously taught the course hundreds of times and knew the material, and probably even knew Diderot himself. There would be uncomfortable moments when we were forced to confront her frailty during the semester. A pen would drop off the ledge of her desk and a student would sprint over and pick it up for her. Watching her take off a sweater in the front of class was a two-minute affair. But her stoic determination let us know that we were to sit and wait.

On that first day, though, she slowly flipped open one of the folders that a hurried teacher’s assistant had placed on her desk and started to call out names. Once roll call was over, Professor Reinsdorf gave a brief overview of the syllabus, which she pronounced like a sentence rather than a word: “Do you have a see-lah-buus? You need a see-lah-buus.”

As drawn out as her movements and words were, though, her biography was startlingly short: “I vaz born in Germany. After ze var, I came to France.” That was the extent of years zero to 20. Later, she met her husband and moved to New York, where she taught for the next thirty years.

Her introduction elucidated three things: Professor Reinsdorf had managed to condense her bio to a respectable elevator pitch; she had discovered her love of French literature while living in France; and she had spent the war in Germany and obviously didn’t want to talk about it.

The next day, I had to break it to her that I was going to miss all of the following week’s classes. The semester had barely begun, so I needed a credible excuse, and going on vacation just didn’t seem consequential enough. I needed something that would inoculate me from reprimand. But I hate lying to professors, and I especially hate lying to elderly professors; I think they can see right through me. So, I settled on a half-lie: I would tell her I was going to my cousin’s wedding, in Israel. My cousin did have a wedding in Israel, and I did go. Only it happened the year before. This way, I could effortlessly weave in details, if neccesary—the perfect solution for a poor actor.

I was the first one at Professor Reinsdorf’s desk after class. A line of my classmates had begun to form behind me as I waited for her to adjust the setting on her little desk fan. “I have to miss next week’s classes because I’m going to my cousin’s wedding,” I spat out like one long unbroken word. She blinked at me from her perch at her desk chair. I waited for a reaction but was only met with more blinking from her small round eyes. And then a question: “Vhere is the vedding?” I was ready for this one. “In Israel. My cousin lives in Israel. But it’s only for a week. I’ll be back in a week.” And then, a second question: “Are you Jewvish?” She stared at me expectantly. I hesitated.

A few years earlier in college, I was watching TV with my roommate and her friend in our dorm room. The friend was a local from Western New York, where we all went to college. He was milling about the room when he paused suddenly and, à propos of nothing, half-declared: “Adee, are you Jewish?” I looked up from the TV. He had clearly been waiting to ask this.

“Yes,” I said. He seemed to take a moment to process.

“I’ve never met a Jewish person before,” he said, as if he had just discovered that he owned a rare coin after rummaging through his loose change.

My professor posed the same question to me now, but there was no air of wonder, or even passive inquiry; this was a probing question.

I then mumbled something about getting the missed readings from her when I got back. Her stare was fixed and serene. It unnerved me. I left for Switzerland the next day convinced that my French professor was a Nazi.

By the time I returned from my foray in the Alps, I had become an uncomfortable source of fascination to my professor. I came armed with tactics to dodge any further inquiries from her. She had many questions for me about the wedding and my Israeli family, which I staved off with nonspecific, but credible, answers. She was taking questions from students after class when I approached her desk to get the readings I had missed. She sat in state, dutifully replying and fielding excuses with her folders carefully piled around her. It was a warm mid-September afternoon. Her desk fan gently blew at her downy hair. The shirtsleeves of her silk blouse were rolled up to her elbows for the first time. She reached over to grab one of her folders when I saw the numbers on her forearm. They were only slightly faded.

As a child, I had spent a few summers with my grandmother in Tel-Aviv. In the humid afternoons on the Tayelet, the seaside promenade that is the city’s living room and corridor, my grandmother and her friends would gossip in accents from across the European continent and play backgammon in shirtsleeves and flip flops. They would rub my cheeks and feed me candies with arms that were inked with faded numbers. Yet somehow it had not occurred to me that my German professor of a certain age was not a Nazi, but rather a Jew, and a Holocaust survivor at that. I had lied to her about going to the very country born out of her sacrifices. Instead, I had happily vacationed in the country that had probably hid her family’s money.

Over the course of that semester we developed something that resembled a friendship, but was probably closer to an understanding. She asked more questions about my family, which I answered, happily. I told her that my parents came to New York as newlyweds in the 1970’s and stayed on an extended honeymoon that lasted for the next twenty years. I told her that I visited Israel, but not that often. She had never been. She told me about her love of film, and the series she ran at the college. She always asked how my mother was, even though they had never met. But she didn’t offer too much more about herself.

A few weeks into the semester she presented me with a note after class one day. It was the cell phone number of her daughter, who was evidently the hurried middle-aged woman who always carried her books and folders into class. She wanted me to have the number in case anything should happen to her in class. I was taken aback, but I tucked her trust into my wallet—her survival written out in fresh, inky numbers.

Adee Braun is a freelance writer and photographer in New York City. Her work has appeared on Flavorwire, Untapped Cities and The Washington Post. You can follow her at @adeebraun and at smallstoriesbigworld.com