The Internet
by Nomi Kaltmann 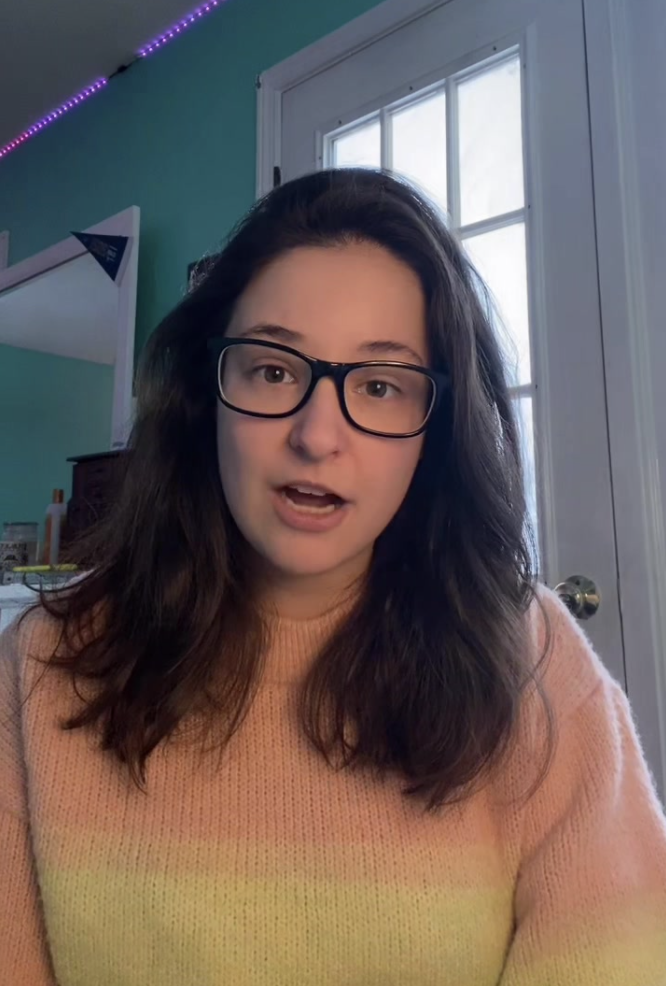 Twenty-two-year-old Zara R. joined TikTok in February 2020 under the handle zarazahavah, right before the pandemic began in earnest. “My sister said she was going to be mad at me if I was better than her at the app,” she laughed as she recalled her original motivation for joining.

However, it didn’t take long for Zara Zahava to soon find success, with her third video hitting almost half a million views, after she posted a clip recounting an experience she had as a resident advisor at college. “I told the story from when I was a resident advisor at my school, and how we would leave out free condoms and lube to promote safe sex. One day I overheard this conversation between two people, where one asked the other: ‘do you think this is enough lube to slide down the hall like a penguin?’  When I ran out of my room to tell them not to, they were already gone along with a 2-gallon tub of lube. I retold the story on TikTok and said that I live in constant fear that I will see them sliding down the hall like penguins.”

That clip was the start of Zara Zahava’s viral TikTok fame.

Growing up in the Conservative movement and attending a Solomon Shechter school in Massachusetts, Zara Zahava is highly knowledgeable about Judaism. However, in her first few months on TikTok she did not speak at all about her Jewish identity, but when she hit 40,000 followers, that changed.

“The first video I posted about Judaism, was a clip discussing whether a vampire could keep kosher,” she recalled. Her TikTok about “whether Furby is Kosher” generated hundreds of thousands of views and hilarious comments and feedback.

Zara uses her platform with great success to provide Jewish answers to obscure and often crowd sourced questions. These questions come from a variety of sources, often from comment responses to her previous videos.

“When I posted my first TikTok about Judaism it was in response to one of the comments. But people said the answers were fascinating and asked me new questions. Most of these questions come from complete strangers,” she said.

In addition, she has many non-Jewish friends. “They love learning about Judaism in a fun way, so sometimes they will comment their questions knowing I will see it,” she enthused. Despite having excellent Jewish knowledge, her answers are often the result of extensive research.

“I fact check everything I say, even if I think I know the answer, I appreciate that it is always possible that I was taught incorrectly. I also like to provide quotes and citations. I also try my best to be as non-denominational in my answers as possible,” Zara Zahava said, noting that she will cover off a range of Jewish perspectives.

However, being on TikTok as an openly Jewish creator is not all fun and games. In addition to cyber bullying and nasty comments, there is blatant antisemitism. It is for this reason Zara Zahava preferred that Jewcy not use her full last name, as she has previously been doxed and sent antisemitic abuse when people have been able to link her account using it.

“I get comments about blood libel. I always thought people stopped believing that” she said. “Sure, there are antisemitic stereotypes that exist, but in person I have never experienced the antisemitic accusations of blood libel. I thought it was known to be definitely fake! But it come up all the time on TikTok. So, then I wonder: is it the product of misinformation?”

“It’s hard because, because for every 100 comments I get, maybe 5-10 are bad, but the bad ones are really bad, so sometimes I have even considered quitting TikTok because of how those comments stick with me,” she recalled.  “When that happens, I’ll take a few days off TikTok for my mental health.”

But her TikTok fans certainly hope she won’t be quitting any time soon! In the past few weeks, her rise on the app has been meteoric.

But despite her success, she has no plans to monetize her content which is clearly resonating. While she knows she has the capabilities to pivot and do something in social media, for now, she wants it to remain a hobby.

“I don’t think it interests me, not every hobby has to be monetized,” said Zara Zahava. “Our generation thinks that you if are good at something you should make money off it. But this then creates huge pressure that makes these hobbies less fun,” she reflected.

Zara Zahava isn’t sure what her next step with TikTok will be, but she has some new job prospects to consider. “I have gotten comments that I should become a rabbi. In response, I made a video about why I don’t want to become a rabbi,” she recalled. But the response to her video was even more interesting. “A person stitched the video I made saying that I could bring so much to the community. Originally, I thought people were saying it as a joke but then I realized that people were being serious.”

When asked whether she is considering a potential new career in the rabbinate, Zara Zahava was reflective, “it’s still something that I don’t think is my path in life, but I have received comments from rabbis and cantors telling me that if I genuinely want this as a career we can talk.”

At least for now, Zara Zahava will stick with her TikTok content creation, “I don’t fully care if it keeps growing, as long I get to keep saying what I am saying, and people think it’s cool!”