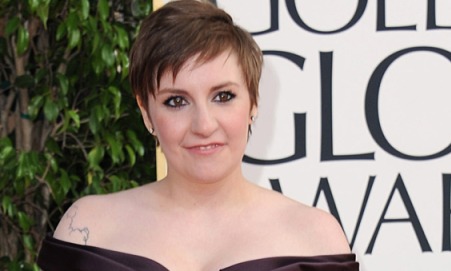 Like many of us, you may have missed Sunday night’s YouTube Music Awards. Not a huge loss, really, but what is worth watching is the choose-your-own-adventure video short that Lena Dunham wrote for the festivities.

It begins at an EDM (are we still using that term?) show. A sad guy, moping in a hoodie (Nick Lashaway), watches his ex-girlfriend (Vanessa Hudgens) dance on stage with the DJ (Michael Shannon). Miserable, he then meets a wild raver (Dree Hemingway), who flirts with him with her Manic Pixie Drug Girl ways. She decides to take to the stage to beat up the sad guy’s ex. It’s about to go down when a raconteur (Jason Schwartzman) stops the madness and asks the audience how they would like the show to end— a loving romance, or a double suicide. The fist pumping, neon clad crowd cheers for death.

Im so happy the audience chose the double suicide and not the romance. Y'all always pull through for me. #ytma

In what might be an allegory for modern hedonism (probably not, just a silly little flick!), we watch the crowd dance in the blood of the suicide. RAGE 4EVER.

Watch and enjoy, or something.