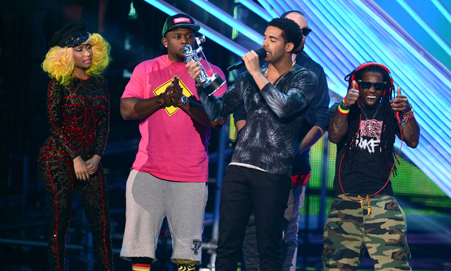 Drake, who took the stage with Wayne, Nicki Minaj, and that guy from the video who looks like he went to your high school, spoke earnestly about his Jewish roots while clutching his brand new moonman statue. “The video is about being me, being black and Jewish,” he told the crowd before dedicating the award to anyone out there “who’s ever had a long walk home by yourself.”