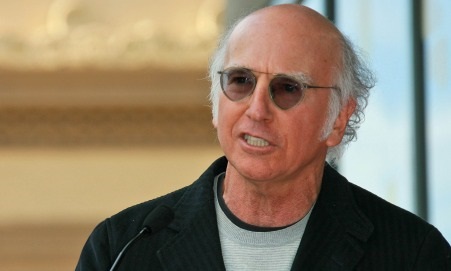 Over the weekend, during President Obama’s weeklong vacation on Martha’s Vineyard, he took to the green with comedian Larry David. Because nothing helps the mind rest quite like nine holes with The Fussiest. The two were joined by former U.S. Trade Representative Ron Kirk and private equity investor Glenn Hutchins. You know, just your average motley crew.

It was especially thoughtful of the president to invite David to the Farm Neck Golf Club in Oak Bluffs because he did only play 27 hours of golf all week. The two men had spoken at a party earlier in the week, perhaps that’s when they made the plans:

We can only speculate, but it probably went exactly like this:

Louis Farrakhan Tells Kanye West Not to Apologize to Jews