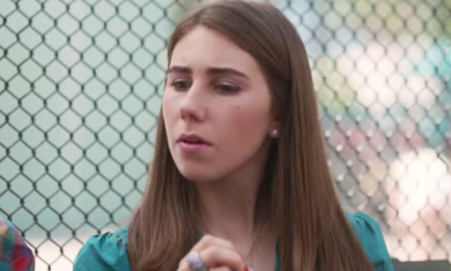 And you thought you were the biggest Girls fan you know. The Girls HBO Instagram account posted a picture of a super fan who “made her #GIRLS love permanent on the back of her leg.”

The reference, based on the Season 2 series premiere when Ray doesn’t understand Shoshanna’s string of text message emoticons, inspired these parody text message screen shots before convincing someone on Team Shosh to get inked, permanently. The tat got a variety of responses from Instagram users, from “omg emoticon love!” to the more expected “even I don’t love emoji’s THAT much.”

Whoever wrote “obsessed! Too bad it was so poorly done.” is such a Marnie.

What do you think of the tattoo?

Previously: Network Jews: Shoshanna, The Scene-Stealing Afterthought on HBO’s ‘Girls’
Would You Buy Lena Dunham’s New ‘Girls’-Inspired Nail Polish?
You Can Buy a Ring With Lena Dunham’s Face on it on Etsy

The Bride, The Wig, The Gram