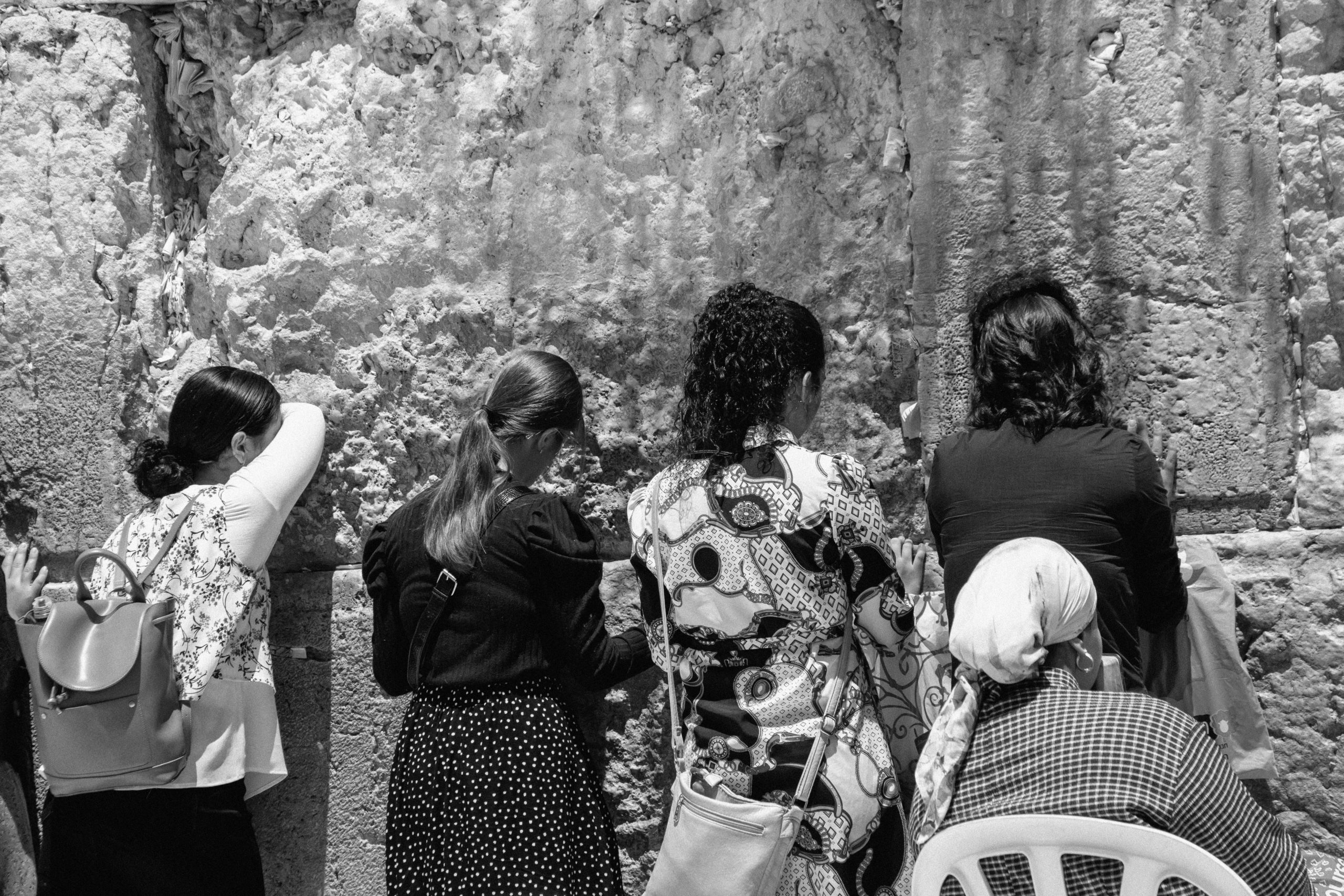 The Orthodox world gets its fair share of bad publicity, from Jews and non-Jews alike. Shows like My Unorthodox Life portray Orthodox Judaism as an fundamentally extremist, primitive cult. Even kinder, more nuanced criticisms often present the Orthodox community as backwards, or unsympathetic toward human rights issues. Sometimes criticism is warranted. The agunah crisis has yet to be fully resolved, for instance, but rarely do these aforementioned accusations lead to change within the community. More often, it is a means with which to disparage religious Judaism, and it paints those who practice it as bad, primitive people.

But the Orthodox community is diverse, with diverse beliefs, including feminists and advocates against dangerous extremism. Take Shoshanna Keats-Jaskoll, co-founder of the Orthodox organization Chochmat Nashim, which directly translates to “women’s wisdom.”

Although she was born in Lakewood, New Jersey, a very traditional Orthodox community whose practices oft border on extreme, Keats-Jaskoll did not grow up religious, and therefore was not a witness to this extremism. Her drive to oppose extremism, she says, came later in life. However, justice has always been a core value of hers. Her grandparents, Holocaust survivors, inspired her not to stand idly by as others were being hurt. When Keats-Jaskoll joined the Haredi Beit Shemesh community in Israel, she first encountered extreme behavior taking place, for example, in the form of women and girls’ erasure in images and her young daughters pressured to sit in the backs of buses. Keats-Jaskoll subsequently arrived at the conclusion that the driving force behind the behavior was not Torah, but a desire to control. “There was just a sense that the Torah and the Judaism that I loved was being used for abusive purposes by those who wanted to control others,” she says.

It spurred a revolution.

Chochmat Nashim was born after several factors came together for Keats-Jaskoll. Serving as the physical representative for her aunt, whose husband, in refusing to give her a get (Jewish divorce document), had fled to Israel and left her an agunah (chained woman), Keats-Jaskoll experienced disillusionment in the religious court and leadership. This, combined with an influx of letters from people who read her blog in the Times of Israel, telling her about how they had noticed similar extremism on the rise within their own religious communities, led Keats-Jaskoll to co-found Chochmat Nashim. Chochmat Nashim is an organization dedicated to fighting extremism within Orthodoxy and fighting for women and their rights. What makes Chochmat Nashim unique is the internal nature of the advocacy. When calls for change come from within the house, it is more likely to be perceived as originating from a genuine desire to help and improve, as opposed to external critiques, which are perceived as empty criticisms intended to belittle its practitioners. It is therefore less likely to be viewed as an attack and more likely to be heard. When there is a social problem plaguing the community, responses from within are more welcome.

Chochmat Nashim’s initiatives include the creation of a photo bank of ordinary Orthodox women, designed to counter the extremist erasure of women in Orthodox publications; a subtle campaign inside the Haredi world for breast cancer awareness, intended to encourage women to get checked; fighting for other agunot (women who are victims of get refusal), and a project for women to write more articles in spheres wherein female contributions to Torah insights may have gone unnoticed. Most recently, following the breaking news of the Chaim Walder case, Chochmat Nashim was involved with the distribution of flyers raising awareness of sexual assault and the dangers of including the Biblical prohibition against gossip in the dialogue around sexual abuse.

Chaim Walder was a well-known children’s book author and therapist in the Haredi world, who was accused of serial sexual abuse of women and children over the course of decades in an exposè by Israeli newspaper Ha’aretz. Following a conviction by a Safed rabbinical court, Walder committed suicide. In the aftermath, the Haredi community varied in response to the allegations. Some newspapers reported on his death without mentioning the accusations, painting him as a hero; others included them.

In general, Walder’s death prompted a wave of discourse on the appropriate response to sexual abuse within the Haredi world. Some, including anonymous Haredi women working on this campaign alongside Keats-Jaskoll, were horrified by the seemingly halfhearted responses to sexual abuse in their communities. Others cited the halachic prohibition against gossip as a reason not to discuss allegations or, presumably, address them. This notion is exacerbated by the old adage that lashon hara kills, and is therefore equivalent to murder. Keats-Jaskoll, in countering that concern, describes a hypothetical scenario in which a young Haredi boy sitting in school will, upon hearing this, think to himself, “Wow, I’m so happy I didn’t tell anyone that so-and-so touched me. And now I never will.”

The Haredi community is saying, ‘you’re not sacrificing our children anymore for the klal, for the entirety.’

In some cases, says Keats-Jaskoll, “anything that could bring harm to the community as a whole has to be stopped, regardless of who’s harmed in that process,” the community’s needs being prioritized over individuals’. There has been a change in sentiments brought about with the Walder case. Now, says Keats-Jaskoll, “the Haredi community is saying, ‘you’re not sacrificing our children anymore for the klal, for the entirety.’” A line has been drawn. No longer will Haredi people stand by as sexual predators’ crimes are brushed off, ignored under the guise of avoiding gossipmongering. To advertise the cause and their support for victims of sexual abuse, Haredi women put up fliers offering support to victims of sexual assault, redirecting them to available resources. As the community deeply values halacha, Jewish law, as well as the perspectives of Rabbinic authorities, they will sometimes obtain Rabbinic approval in order to address sensitivities of the Haredi world. A set of fliers that were put up quoted Rabbinic statements, elaborating on the importance of reporting sexual assault, and affirming that reporting sexual abuse does not violate the laws of lashon hara.

In the long run, Chochmat Nashim’s goal is to fight extremism and protect Orthodoxy. Extremism begins, says Keats-Jaskoll, by targeting the most vulnerable members of society, women and children. But when the most vulnerable members of society are treated fairly, that serves as indication that Chochmat Nashim has done its job. “When women are back in pictures in Orthodox publications, and there’s a systemic solution for Jewish divorce, so that no one’s trapped in marriage,” says Keats-Jaskoll, “I’m happy to close my doors.”

Change on the ground starts with change in the conversation.

It is clear that Chochmat Nashim has had an impact in recent years. “Change on the ground starts with change in the conversation,” says Keats-Jaskoll. And the conversation has changed. Various individuals have reached out to the organization to thank them for providing the words and the terminology to discuss their feelings. Members of the community reach out to Chochmat Nashim for advice on how to make change–and it works. Some people have even thanked Chochmat Nashim for being the reason that they did not leave Orthodoxy.

“I see change in the community wanting to take action, meaning they’re not sitting silently,” says Keats-Jaskoll. “They want to know, ‘How do I make personal change?’ As opposed to waiting for change from the top-down, I see a real movement of people wanting to make change within, bottom-up.”

The Orthodox community is complex. It isn’t easy to maintain a millenia-old legacy in a new world, and we will not always agree on the best approach. But we are, as one, driven by the beauty of our religion and committed to following its ways. Chochmat Nashim is a perfect example of the struggle to preserve our values, keep our faith, while simultaneously keeping a balanced, healthy Orthodoxy.

Cayla Muschel is a college student and space enthusiast. She loves Peter Pauper Press journals, making Spotify playlists, and a good debate. Can be found vibing at Barnes and Noble.