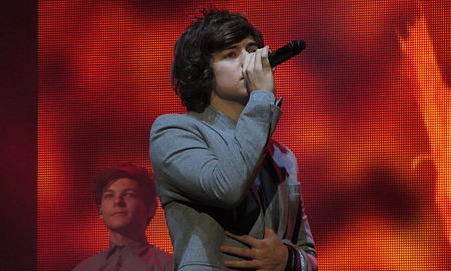 The world is wondering if One Direction’s Harry Styles is Jewish. He has a tattoo in Hebrew, he tweets with Yiddish slang, and he once was photographed dining at a kosher restaurant in Golders Green in London, the Jewish Chronicle reports.

The 19–year-old heart-throb’s regular references to Jewish life on Twitter have become the subject of fevered speculation among One Direction’s Jewish fans, and an equal level of bafflement for his more than 15 million followers on the site.

But despite all of that, Styles is probably not Jewish. His father even said so:

Still lots of queries asking if H is some % Jewish? No idea where any rumours came from in but, categorically, he is 0% Jewish. Not at all.X

Everything will be OK. X