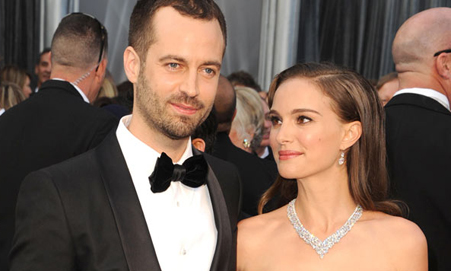 The New York Times reports that Benjamin Millepied, better known around here as Mr. Natalie Portman, has been named the new Paris Opera Ballet director in a surprising appointment. That’s because he’s something of an outsider, having spent most of his time away from his native France, most recently choreographing the Oscar-winning Black Swan and marrying Jewcy’s patron saint, Natalie Portman.

Congratulations, whatever. The real story here is that he’s taking Portman and their super-baby, Aleph, with him to France: “Mr. Millepied said he planned to continue running the L.A. Dance Project until he began his new job, when he would move to Paris with Ms. Portman and their son.”

Not cool, dude. We are nothing without the possibility of a downtown NYC Portman run-in.