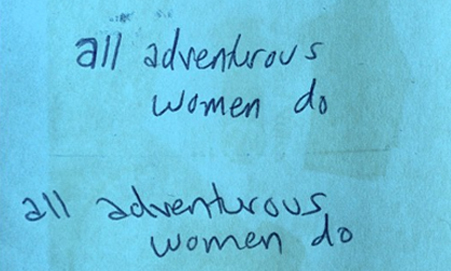 Zosia Mamet’s indie sibling band Kickstarter campaign may have fizzled, raising only 2,783 of its $32,000 goal, but hope isn’t completely lost for Girls fans. Just look at Tina Wargo, the Girls enthusiast who tweeted at Lena Dunham asking her to write out “All adventurous women do,” a quote from Season 1 of the HBO series, for a tattoo Wargo wanted to get.

And OMFG, Dunham totally did it. Excuse me while I start a Kickstarter for Zosia Mamet’s new line of temporary banjo tattoos.