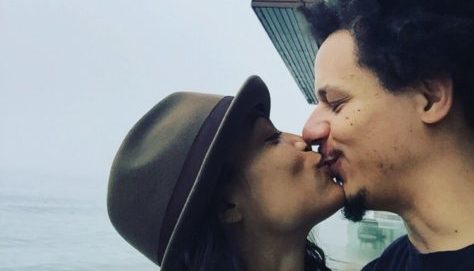 Despite appearing on the TV Man Seeking Woman, Eric Andre is one no longer. The Jewish actor and comedian has revealed his relationship with actor Rosario Dawson. The two have recently taken to posting on social media about one another (it’s really cute). Take this tweet:

Since he’s known for comedy shenanigans, (like freaking out in a McDonald’s dressed as Ronald the clown,) Andre has had to insist, multiple times, that this relationship is 100% real. Better safe than sorry— we wouldn’t want a repeat of the Jon Lovitz fiasco. Andre even had to tweet at Chance the Rapper, of all people, that it’s #notaprank.

Between this and her dyed-in-the-wool support for Bernie Sanders, Dawson may have a thing for Jewish guys (though she is a BDS supporter, so the couple may not be planning a trip to Israel any time soon).

If you want to see Andre’s latest comedy work, he’s been posting online a spinoff of sorts of his self-titled TV Show interviewing social media celebs on a super uncomfortable show he calls “Hot Babes of Instagram.” Enjoy.