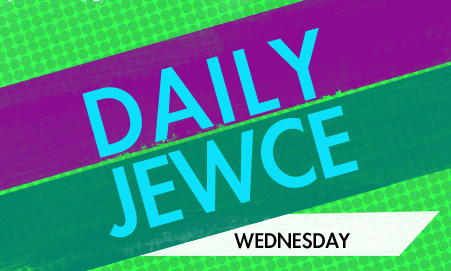 • Not even Paul Rudd can avoid a teleprompter fail. [Vulture]

• There’s a new Israeli cookbook out, and it focuses on Kibbutz cuisine. [Tablet]

• Philip Roth and Mel Brooks both say they don’t identify themselves as ‘Jewish writers.’ [Deadline]