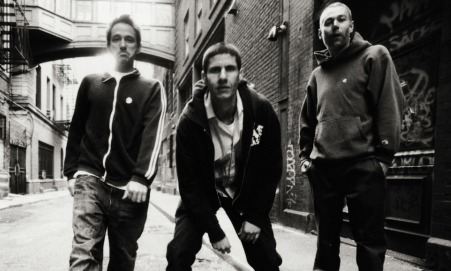 Last week, over eight million people watched a video of three cute girls singing about science and playing with a Rube Goldberg style contraption. The ad was for a start-up toy company called GoldieBlox, whose goal is “to show the world that girls deserve more choices than dolls and princesses. We believe that femininity is strong and girls will build the future — literally.” Everyone loved the video besides the Beastie Boys, who sued GoldieBlox for copyright infringement. GoldieBlox maintains that the ad is protected satire and will fight the case. Today the Beastie Boys released the following letter:

Like many of the millions of people who have seen your toy commercial “GoldieBlox, Rube Goldberg & the Beastie Boys,” we were very impressed by the creativity and the message behind your ad.
We strongly support empowering young girls, breaking down gender stereotypes and igniting a passion for technology and engineering.

As creative as it is, make no mistake, your video is an advertisement that is designed to sell a product, and long ago, we made a conscious decision not to permit our music and/or name to be used in product ads.
When we tried to simply ask how and why our song “Girls” had been used in your ad without our permission, YOU sued US.

The lyrics to their original song “Girls” has been criticized for its sexist lyrics (“Girls, to do the dishes. Girls, to clean up my room. Girls, to do the laundry”), so it’s no surprise that some of the public prefers the new version. Even if it is selling something.

Lauren Schwartzberg is an intern at Tablet Magazine.