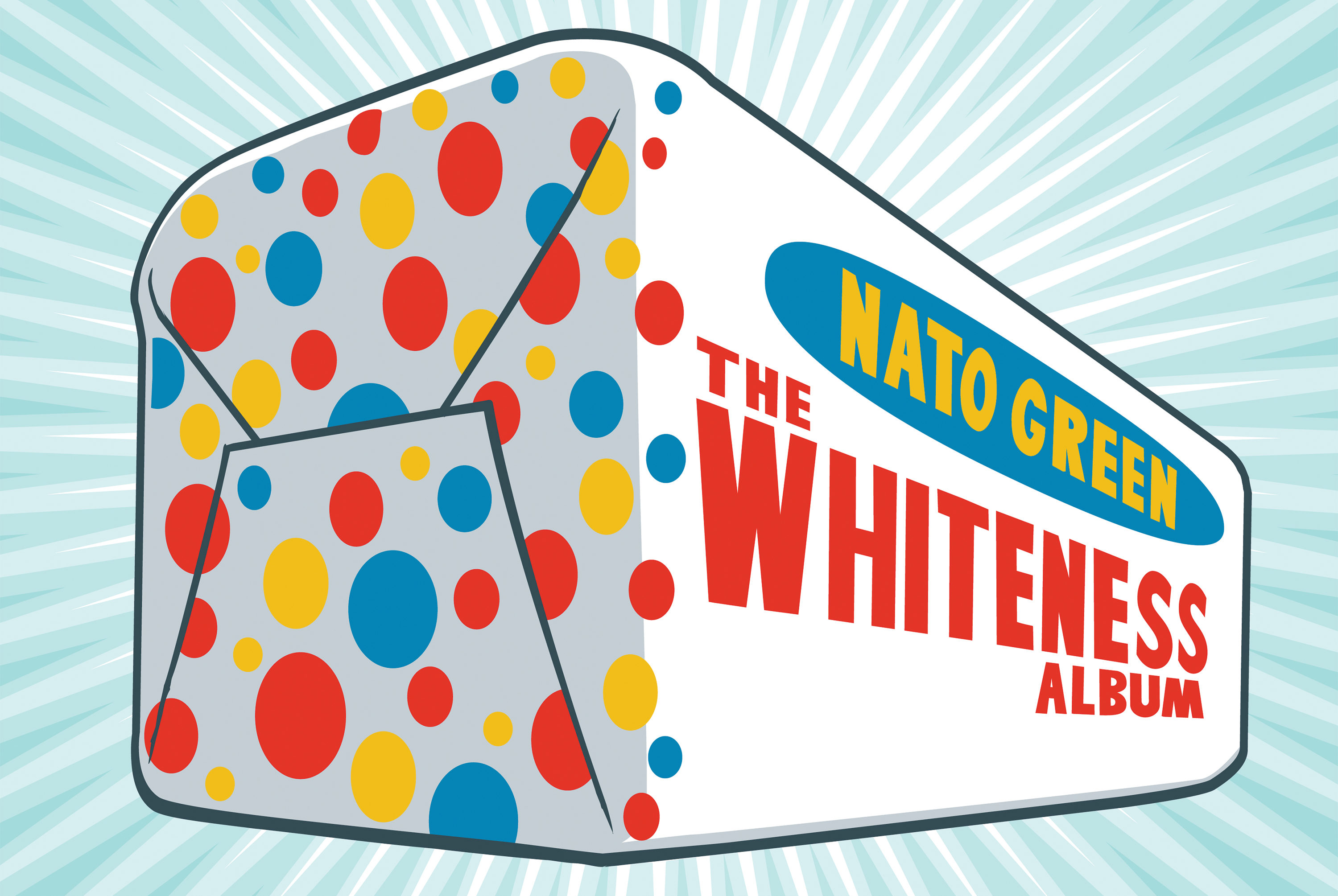 The woke Jewish comedy album you’ve been waiting for is here.

Nato Green is a comedian from San Francisco, and The Whiteness Album is his second release. His first album, from 2012, deals with a a lot of similar, political material, but if you can still remember that far back, you’ll know it was a very, very different time.

And what sort of politics is that? Well, The Whiteness Album tackles gentrification, white supremacy, class revolutions, Bernie Sanders, Black Lives Matter, homelessness, immigration, Donald Trump, climate change, Nazi punching, and splitting chores with one’s spouse. If this sounds like a lot to tackle in less than an hour, you hardly notice when listening to the album. Green is non-threatening, even soothing at times. His talent is operating within the world of “punch-up” comedy, attacking those in power with teeth, but never letting vitriol get in the way of a good punchline. What could be preachy is instead a smart, but not alienating outlet for frustration with the world today.

And what’s really notable about Green’s comedy is his relationship to his Jewishness. Many Jewish comedians today only invoke their identity as self-deprecation, and punchlines about anti-Semitism are usually in the past tense. Green is here to remind us that Jews are still a marginalized group, but manages to do so with nuance.

For example, Green settles the matter once and for all: Are Jews white? He gives arguments for and against, and ultimately sums up: “Too white for the police, not white enough for the Klan.”

Jewishness comes up organically throughout Green’s comedy, because it’s part of his way of interacting in the world that’s both familiar and refreshing to hear articulated. He even laments that the left claims to advocate for oppressed groups, but that Jews are often an afterthought at best.

“They sort of work their way down the list,” says Green. “They sort of get to the bottom and say, ‘Stand up for the oppression of people with nut allergies! And people who are bad at parallel parking! And Jews, I guess.'”

Is this an album to play for a conservative relative to convince them that Black Lives Matter isn’t a racist concept? Perhaps not, but it’s likely a great album to play when you get home from a protest outside Trump Tower.

So if you want a comedy album that mentions Andrea Dworkin, the candombe dances of Uruguay, and polyamory without seeming completely pretentious, The Whiteness Album is for you. And yes, it’s on Spotify. Check it out.