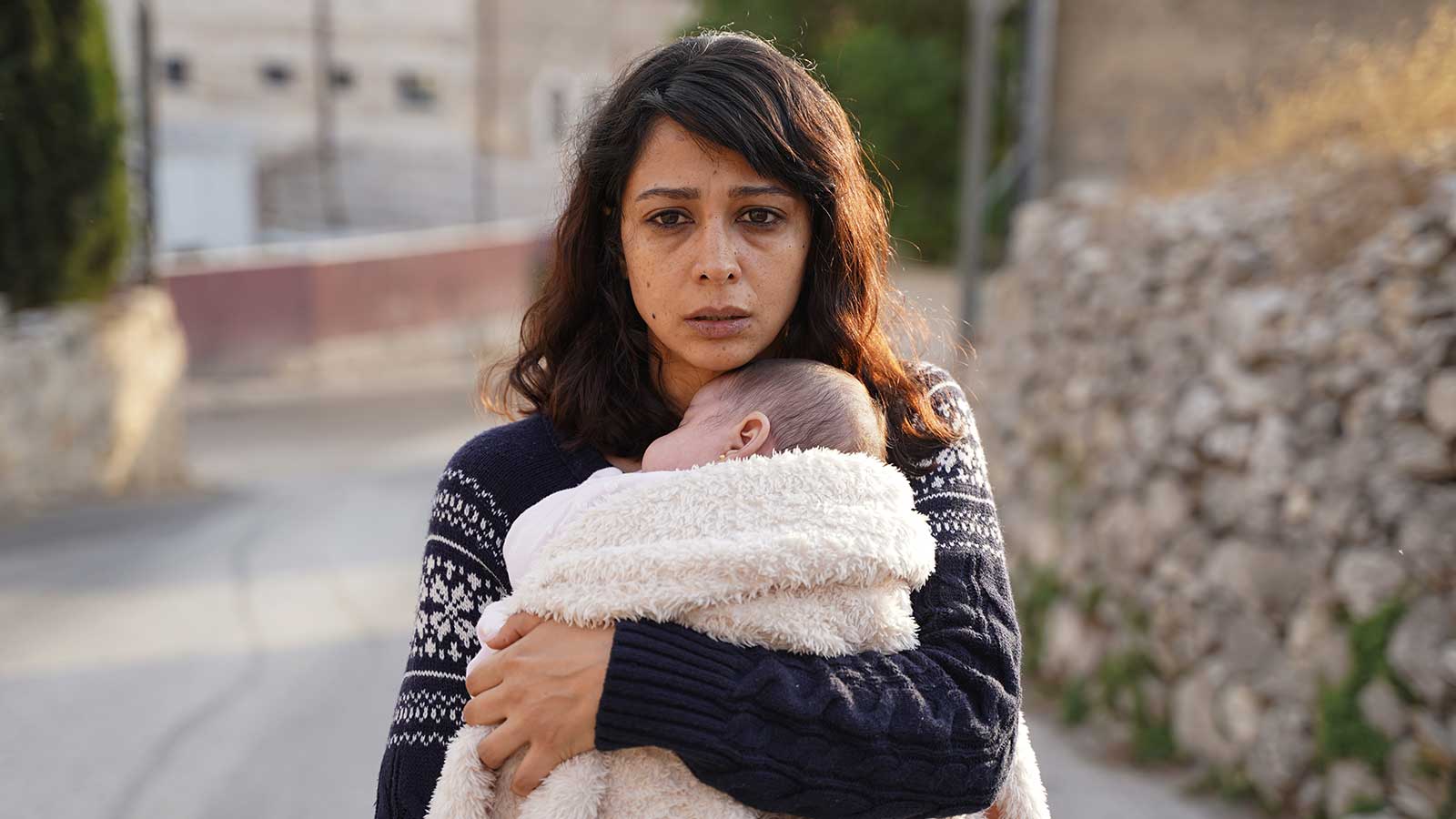 It’s almost impossible to find a film that doesn’t have a distinct perspective. How much that is incorporated into its plot depends on the subject matter. When one people’s relationship with their land and those who occupy it is a definitive part of their existence, it’s bound to show up in any creative project. This is particularly true of Palestinian cinema, which very often employs an extreme vilification of the people and country of Israel. Some may find that aggressive stance distracting and off-putting, but that doesn’t change the fact that is in intrinsic to the message and belief system of a filmmaker and other talent involved.

Anticipating the latest film from Palestinian writer-director Hany Abu-Assad is best done through the context of his two most well-known previous films, both of which earned Oscar nominations for Best Foreign Film. Paradise Now followed two suicide bombers contemplating carrying out their mission, and Omar centered on a Palestinian prisoner who is positioned as an undercover asset for an Israeli handler. The lead actor in Huda’s Salon is Ali Suliman, who headlined 200 Meters, about a Palestinian man trying to get to the other side of the separation wall in Israel, and Amira, about a Palestinian prisoner trying to smuggle his sperm out of an Israeli jail, which was Jordan’s official Oscar submission last year until it was ultimately rescinded due to its controversial portrayal of Palestinians.

Huda’s Salon begins with Reem (Maisa Abd Elhadi) walking into the title salon in Bethlehem, only to pass out after drinking some tea. She awakens to find herself naked in bed with Huda (Manal Awad) showing her a photo she has taken of her with another man. Reem now has no choice but to take a card, one that will enable her to give tips to an Israeli agent. Reem is terrified but equally angry, since, to her and others within her society, there is nothing worse than being a collaborator. That is a theme that runs throughout the film, as Huda is apprehended by Palestinian authorities intent on finding and punishing everyone Huda has corrupted for the ultimate irredeemable crime.

While Huda’s Salon is fiercely critical of Israel as an idea, it doesn’t actually contain any Israelis, or even a mention of Israel at all, instead referring to Huda’s contacts as the “occupiers.” It also has plenty to say about the problems within Palestinian society. Suliman’s interrogator Hasan has no sympathy for Huda, and describes the work he does as akin to chemotherapy, which kills even good cells, since innocent people are harmed though they have done nothing wrong. Huda retorts that it is easier to occupy a society that’s already repressing herself, and expresses that she chooses women with abusive husbands because she knows that they are already suffering and this might provide a way out in some form. That the men will be just as likely as the authorities to kill their wives if they find out what they have done is indicated multiple times, because the men’s honor is more important than the women’s very lives.

The tactics Hasan employs are purposely deceptive and entirely cruel. He orders his men to trick people into confessing by offering clemency in exchange for cooperation, which will be withdrawn upon receipt of the desired information. He also sets a man on fire even after he begs for his life and invokes the family that will be left behind without him. Huda knows that her fate has been sealed, and watching how she stands up to Hasan even while facing certain death is among the most compelling elements of the film. She may not believe that what she does to these women is right, but she can say that there is plenty to be fixed within her own community.

Drawing an inherent conclusion about the message of Huda’s Salon, which is well-made and at times quite poignant, is challenging. A director’s statement from Abu-Assad repeatedly mentions the contradictory nature of the story elements and the characters. Huda is a villain for what she does to Reem, but then she is the only one who can protect Reem and the other women she has forced to work for her contacts from a far worse and entirely unforgiving fate. In that sense, the unseen occupier is almost irrelevant to the narrative, since it is focused on the cracks within a society that has its own issues.

But it’s impossible to separate this film from that overall context. The argument can surely be made that Huda is only in the position in which she has found herself because of the occupying forces, and that life in the West Bank is as it is because of that same structure. While some audiences may object to that perspective, which is prevalent and immutable throughout the film, it is crucial to its universe and its viewpoint. It is not a pleasant portrait, but a passionate and thought-provoking one that shows the ways in which communities both evolve as a result of their circumstances and attribute deficiencies and serious problems to external sources, which may or may not always be the case.

Huda’s Salon opens in theaters and on demand on Friday, March 4th from IFC Films.