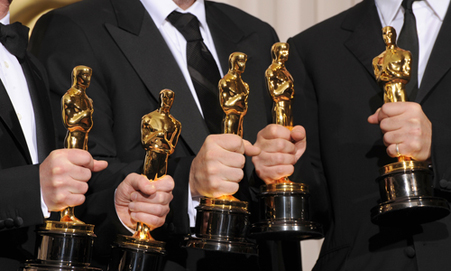 As a child growing up in suburban Connecticut, I was never a fan of any particular holiday. A notoriously picky eater, I was horrified by Thanksgiving, with its table full of mushy delicacies comprised of indistinguishable ingredients. Halloween always incited an existential struggle—I remember one year I wanted to be a geisha, but when I saw my fat face slathered in garish white paint, I realized with an unnerving clarity that I could never escape myself.

Easter and 4th of July were benign days spent at the country club nibbling on cold salmon or watching fireworks, respectively, and while it was always great to approach one’s bounty on Christmas morning, the rest of the day felt sad and empty after the presents were unwrapped. One year in particular, my brothers and I voraciously tore through our gifts like rabid baby animals, only to find that we had managed to complete Christmas in 20 minutes. The aftermath was the child’s version of a hangover: exhaustion, confusion, and shame at the human lust you revealed.

But there was always one holy day I lived for, one glorious evening in February when the most special people in the universe came out to shine their light on the rest of us: Oscar Night. Even before I was old enough to see the movies nominated for Best Picture, I anxiously settled in front of the television and watched with glee as the stars sauntered down the red carpet outside the Kodak Theater.

I envied them their long, flowing gowns, public acclaim, and the easy camaraderie with which they interacted with other chosen folk. I began taking theater classes at eight years old, and started spending Oscar night commercial breaks practicing my Best Actress acceptance speech while staring at myself in the bathroom mirror. (I’d deal with the distaste for costumes later.) When Anna Paquin, just a year my elder, won Best Supporting Actress in 1994, I was filled with hot envy as she panted nervously through her acceptance speech.

Though I’ve long abandoned the dream of ever receiving an Oscar nod, I’ve maintained my yearly ritual of watching the ceremony. Every year, I hole up at a girlfriend’s house, and we drink red wine and eat pizza and declare outfits horrible or amazing, rarely in between. We place bets on who will win what, and decry the Academy’s gross oversights when our favorites don’t nab the gold statue. To miss even a moment—including less exciting categories like “sound mixing” or “visual effects”—would be unthinkable.

So imagine my chagrin when I realized that this year, the Oscars will air on the 24th of February, also known the 14th day of the month of Adar, when Jews celebrate Purim. As the holiday approached, I received invitations to three events: the first a Megillah reading on Saturday night, the second a full-scale circus on Sunday afternoon (plus Megillah, round two), and the final one, a concert-cum-schmooze-fest starting at 8:30 p.m. on Sunday evening, which cuts seriously into Oscar-viewing time.

You might wonder, based on my references to the Christian celebrations of my youth, why that would be an issue at all, or why I wouldn’t just say “no” to one event and be satisfied with a single Megillah reading and a hamantaschen or two. Couldn’t I easily fit in at least the red carpet? But fact is that I have been steeped in Jewish learning for more than a year now, and I find myself feeling like this is a larger choice than it seems on the surface—one not of scheduling but of spiritual allegiance. Which is more important to me: old traditions or new?

My process started quietly—first it was a fascination with the Hasidim who walk the city streets alongside me, then an interest in the rich and varied literature, and finally a desire to kiss the mezuzah and say the Shema. I began writing about Jewish issues and events in New York City basically as an excuse to insert myself into Jewish environments, and every bit of learning I did, from Hebrew classes to memorizing prayers, I passed off as educational endeavors that would help advance my career.

It was a while before I could admit to myself, let alone anyone else, that all this study was about something deep in my heart, not a general exercise in cultural anthropology, and that what I wanted wasn’t just to observe and comment on Jewish life, but to live it. I wanted to convert to Judaism. Even today, I fear the reaction when I admit this pursuit of mine. Will people make assumptions about me, and why I’m choosing to make this change? Will they scoff in disbelief that I can do the difficult work that conversion entails?

But we know that on Purim, we commemorate that Esther—whose name is derived from the Hebrew satar, which means hidden—revealed her Jewish identity to her husband, the king, and saved the Jewish people from certain slaughter. If she can be brave in the face of death, then certainly I can be too in far less dire circumstances.

This Sunday, I emerge from the want-to-convert closet and declare proudly that my priorities are Jewish ones and my soul a neshama. It’s a small exchange I’m making—a secular costume party for a religious one, a feast of glamour for a feast of tradition, but for me, it feels defining. Instead of critiquing diamond accessories and filling out ballots, I will throw my lot in with the people I love.

Now if I could only decide what to wear…

Kelsey Osgood is a writer who lives in New York. She has written for The New Yorker, The American Reader, and New York Magazine.

A Jewish Bite of ‘Licorice Pizza’

A New York City Guide to Chinese Food on Christmas

Christmas: Eight Things to Do if You’re a Jew