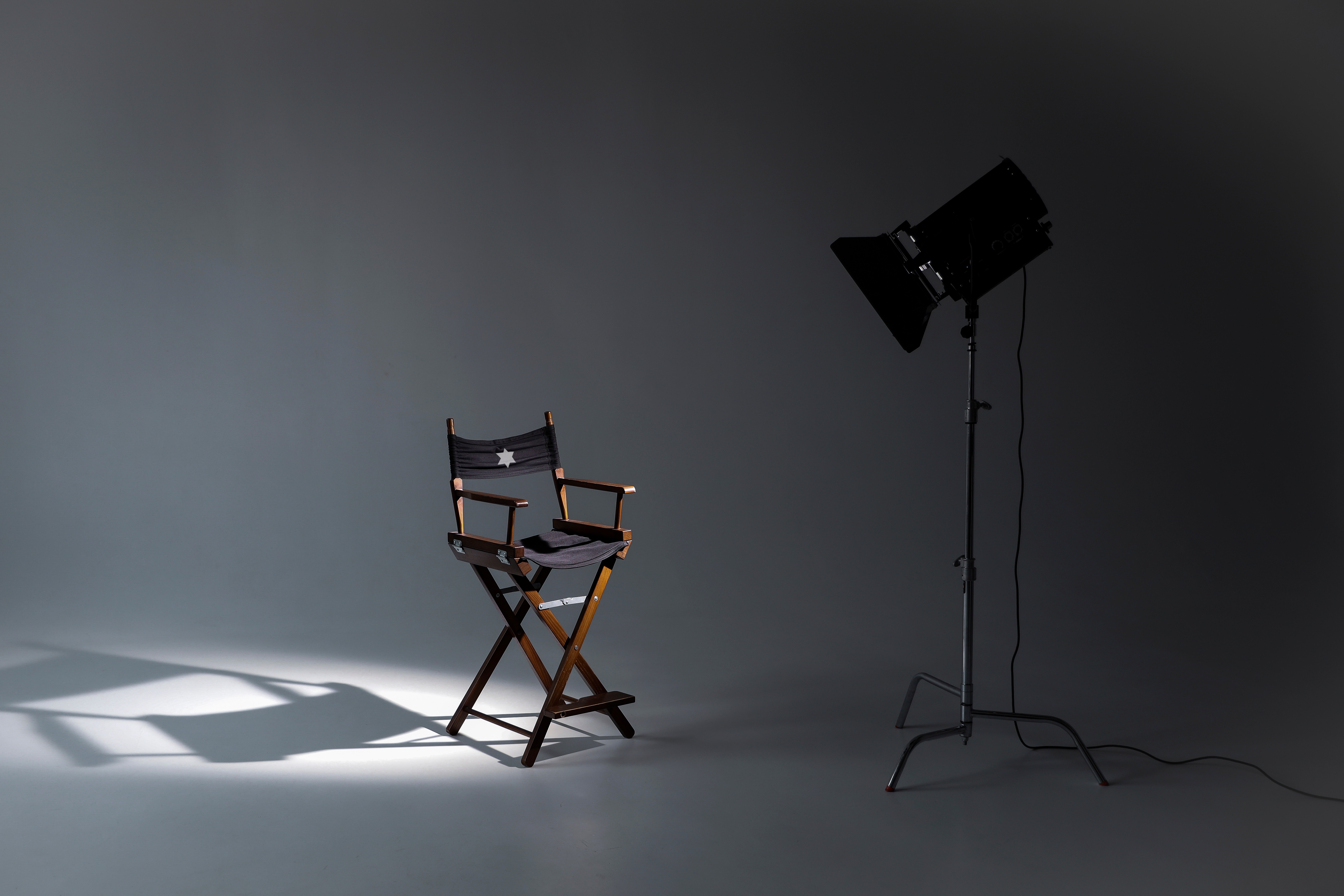 There I was yet again sitting across from someone when they looked at me furtively and said, ‘can I ask you a question?’ See, I am an actor, writer, and trans media consultant. Hearing this question and answering it is quite literally my job.

‘Sure,’ I responded, girding myself for something offensive or tone deaf. They looked up at me, trying to figure out how to phrase it. Finally, they let themself speak…

‘Can you explain to me where Jews come from?’ They stared at me expectantly as my mouth betrayed the barest hint of a smile. It’s a simple question, but one that belies a frighteningly common lack of basic understanding of Jewish history, identity, and culture.

Believe it or not, I am asked questions about my Jewishness far more often than I am asked questions about my transness. Perhaps it’s the circles I move in, as most of my friends are queer folks who are either trans themselves, or at least very trans-literate. I’m also a good person to ask. On top of, you know, being a Jew, I wrote my thesis paper, in part, on Jewish ethnogenesis and identity.

While I have of course experienced transphobia in my lifetime, including rather merciless bullying as a child as well as the expected slurs and verbal assaults, I have experienced more extreme and violent antisemitism in my life; bomb threats and suspected arson at local temples, swastika graffiti, being verbally accosted in a restaurant on Christmas, having strangers spot my Hamsa, or the Magen David that was passed down to me by my grandfather and take that as an opening to spew their hatred, and I could go on and on.

People tend to be quite surprised when I express this reality of my life. And I do recognize that I have privileges today that spare me from the worst of transphobic violence; I am often, though not always, white-assumed, and I am typically cis-assumed. These are realities of my life that protect me and cannot be ignored or unaddressed.

However, my larger point is that one of my identities is considered unequivocally marginalized, while many continue to brush over antisemitism as a non-issue despite its meteoric rise over the last decade in the U.S. As David Baddiel so clearly elucidated, it’s the ‘Jews don’t count’ of it all.

This point of view extends to the way we are portrayed in media.

Recently, it was announced that Kathryn Hahn would be playing Joan Rivers in an upcoming biographical series about her life. Quickly, Sarah Silverman waded into the argument over Hahn’s casting, rightly pointing out the clear double standard that in this era where there are greater and greater calls for authenticity, Jews don’t count. Soon after, it was announced that Claire Foy, another non-Jew best known for playing the Queen of England, would be playing Sheryl Sandberg in an upcoming film based on the book An Ugly Truth.

Hahn and Foy join the ranks of Felicity Jones as Ruth Bader Ginsburg, Rachel Brosnahan as Midge Maisel, Michael Keaton as Ken Feinberg, Vanessa Kirby and Ellen Burstyn as Martha and Elizabeth Weiss, Helen Mirren as Golda Meir, and the list goes on and on. In fact, it’s almost become a rule that Jews are not played by Jewish actors, which compounds the misunderstanding of who we are.

In my work as a trans media consultant, we often talk about the small percentage of the U.S. population that is trans, and even more importantly, the percentages of cisgender people who personally know a trans person. The reason why these statistics are important to keep in mind is that when people don’t know a trans person personally, and then see inaccurate trans representation on screen, they have no real world baseline to compare it to. This exacerbates transphobia.

Approximately 2.5% of the U.S. population is Jewish. It’s ironic that oftentimes our population is vastly overestimated. I have my theories as to why. There is, of course, the reality of Jewish contribution to American culture. However, because of the adoption of Jewish texts in Christianity and the development of Islam being closely tied to the history of the Jewish diaspora in the Arabian Peninsula, Jews become narrative characters in two of the world’s largest universalist religions (as opposed to Judaism, a particularist spiritual movement that is only concerned with the Jewish people as an ethnic and national identity).

People are comfortable with Jews as a parable. I mean, a whole religion was developed on this foundation. Non-Jews enjoy when we are a mirror for society to hold itself up to, to understand and see its ills. Oftentimes, as Dara Horn pointed out in her book People Love Dead Jews, this functions best when we are dead; a relic. Because then we can be whoever the world wants us to be.

In fact, I see it all the time. Every Christmas season, I see a litany of posts saying ‘Jesus was…’ and nearly universally the words that complete this sentence are not, ‘a Jew’… the only ethnic identity that Jesus indisputably was. What I find interesting is that I often see it posted by the same people who are dead-set on the concept of universal Jewish whiteness. This in turn is often an argument only conveniently invoked by non-Jews when they want to argue that they don’t need to care about antisemitism. Ironically, it’s another role we get cast in to make non-Jews feel better about their own world-view: Jews as a mirror. And when the representation they see is Vanessa Kirby in a large manor house pretending to be the daughter of a Holocaust survivor, it’s no wonder people feel this way.

These are prime examples of this dynamic. And it creates a disconnection point in popular imagination between ‘the literary Jew,’ who teaches the world a lesson about themselves, and real live living Jews who are currently experiencing the highest levels of antisemitism in this country since the first half of the 20th century. And confronting this antisemitism in the here and now, which would need to start with a basic understanding of who we actually are, would upset the balance of whatever morality play we’ve been cast in by others. Then this silence helps perpetuate the hatred and allows it to flourish.

Add socially ingrained casual antisemitism into the mix, as opposed to overt antisemitism like the white-supremacists marching in Charlottesville chanting ‘Jews will not replace us’, and it’s a toxic stew. For example, a person I know well was sued by a man for ‘wrongful termination’ after he fired him for stealing a lot of money from his business. Of course, firing someone for stealing from you is hardly wrongful. This person I know counter-sued. After depositions were filed, it was decided that it would be a jury trial. This person was then advised by his lawyers to settle, because the man who stole from him was a white Christian, and the jury was ‘unlikely to trust the word of a Jewish doctor.’ No wonder we’re rarely trusted to tell our own story.

But herein lies the problem. And it’s the same problem that I spoke of when it comes to trans representation. Because we are such a small percentage of the population, most people’s first encounters with us are either in biblical stories, or they are in media. Stories have a unique power, as does accurate representation. We’ve seen massive shifts in perceptions of LGBTQ people thanks to shifts in how we are portrayed in film and television. But when it comes to my other identity, we barely register in the discourse.

And so the problem that Sarah Silverman brought into the spotlight stretches beyond the disparity in opportunity, which is certainly a problem. When Jews are misrepresented in media by non-Jews doing their best caricatures of us, it enshrines us as a character in someone else’s passion play rather than human beings and a living culture that is still here. It perpetuates misunderstanding of who we are. And when our population is so small, it becomes impossible for many people to have real life living breathing Jews that they know to hold these representations against.

This isn’t just problematic. It helps to perpetuate antisemitism in all of its mutations.

So I sit across from my friend and I say, “Well, to answer that question, I need to go back to about 1600 B.C.” I watch as their mind explodes a little bit.

I tell them about the various historically-based theories of our ethnogenesis. I explain the consolidation of Jewish national identity at the dawn of the 1000s B.C. I talk about the Romans, and Bar Kokhba. I talk about Beta Yisrael. I talk about Shammai and Hillel and the origins of rabbinical Judaism. I talk about The Crusades, The Inquisition, and Sephardi Pirates; Sabbatai, Chassidism, and Haskalah; Pogroms, the Dreyfuss Affair, and of course The Holocaust; Farhud, Operation Magic Carpet, and Operation Solomon. I talk about the diversity of the American Jewish experience, where intermixture with other ethnic groups has often strengthened our community and made it better.

But most of all, I talk about Jewish pride and Jewish resilience, and the fact that while people still try to tell us who we are, we refuse to be defined by others.

Media matters. It especially matters for marginalized people. And we are marginalized people. One only needs to look at the last few years; we’ve had multiple deadly shootings, stabbings, arsons, physical assaults, car attacks, and murders motivated by antisemitism. The claim that we’ve assimilated to the point that hatred of our community is a non-issue falls apart with the barest interrogation. Jews deserve all of the same consideration and care that any other marginalized group does.

It is high time that we are allowed to wrestle ourselves out of someone else’s narrative, and instead, with clarity, honesty, and the lived experience that only Jewish artists can bring to our own stories, have the chance to tell our own. After all, our histories live in our blood, from generation to generation.

Dana Aliya Levinson (they/she) is an actor, writer, and musician. Favorite acting credits, television: Toni Rykener in American Gods (Starz), Sadie Lipton in The Good Fight (CBS All Access), film: Hazel in Adam (dir. Rhys Ernst, Sundance, 2019), Jess in The Dress You Have On (dir. Courtney Hope Thérond, OutFest 2018), theatre: Grace in the world premiere of Ballast. Dana's visual album, FALLING, directed by Zen Pace and supported by Eve Ensler and One Billion Rising, premiered with PAPER magazine. Dana was a Dramatists Guild Fellow and their TV pilot script FRAUD was a finalist for the Sundance Episodic Program. Her musical theater work has been supported by MTF, NYMF, Ars Nova, Prospect Theater Company, and Broadway au Carré in Paris. As an actor, she can next be seen in the upcoming Netflix film The Gray Man, directed by the Russo Brothers and starring Chris Evans and Ryan Gosling, as well as the short film, FRAUD, based on her pilot of the same name. Dana is represented by Buchwald and Industry Entertainment.