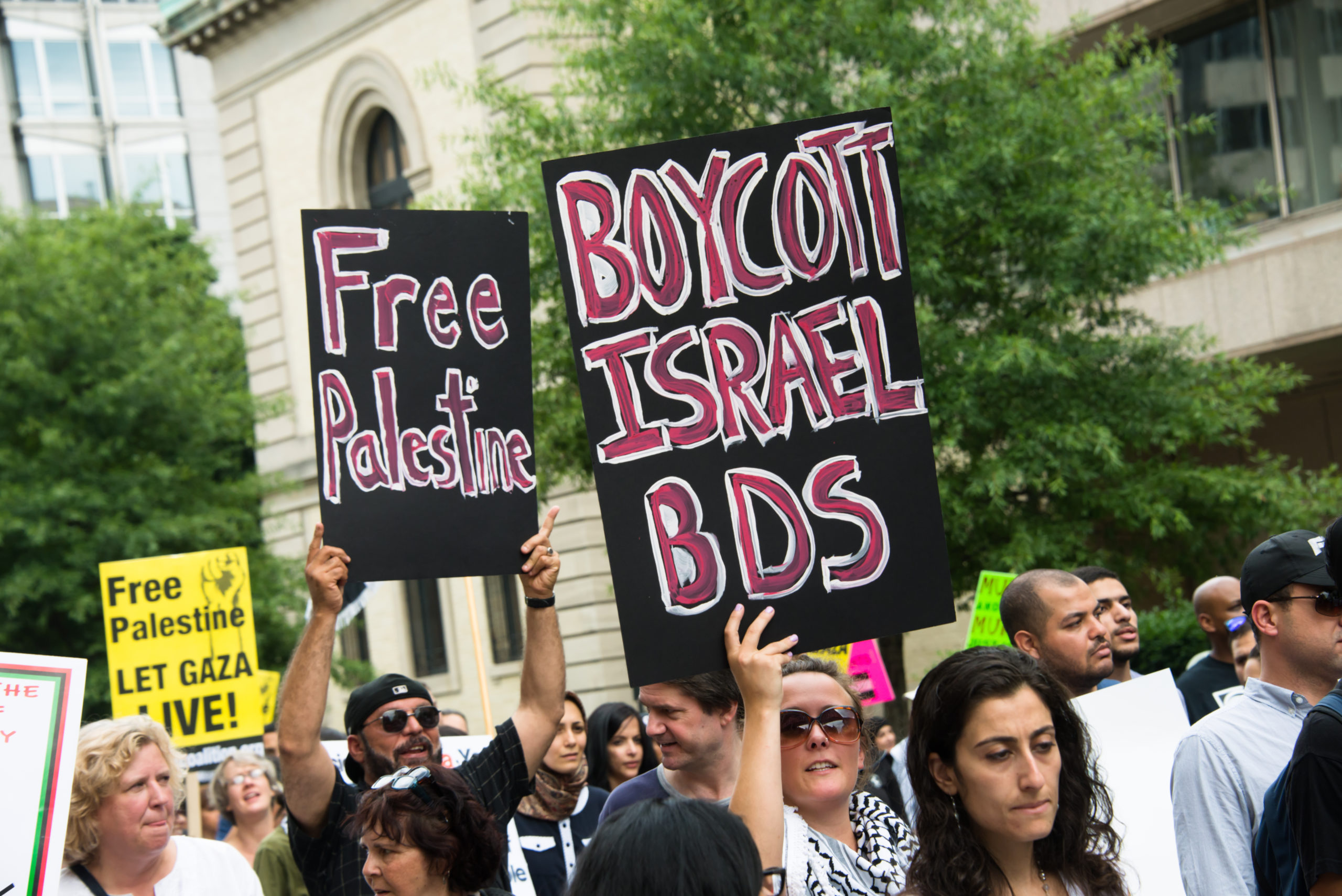 Among the many entries screening at the 2022 SXSW Film Festival is Boycott, which is included in the Festival Favorites section since it premiered last fall at DOC NYC. Its next stop is the Human Rights Watch Film Festival in London. Its official SXSW synopsis notes “state legislation aimed at silencing boycott efforts” but makes no mention of Israel. But, unsurprisingly, the BDS campaign – and the legal maneuvers taken to stop it – are the entirety of the focus of this intriguing and informative documentary that doesn’t always carefully separate all of its arguments.

It is true that over thirty states have passed laws that prohibit the government from contracting with those who engage in a boycott of Israel (read this terrific breakdown by Jack Elbaum). Boycott isolates three very different cases where plaintiffs objected to a provision often included which means that those taking on any sort of government contract have to preemptively agree not to be part of BDS. Each has its merits, and it’s important to note the reasons behind each case to understand the broad application of this law.

Bahia Amawi is a Palestinian-American speech therapist in Texas who won’t consider signing the pledge. Mikkel Jordahl is a Jewish lawyer in Arizona who was deeply moved by a trip to Israel to advocate for Palestinian rights. The one that truly stands out is Alan Leveritt, a newspaper publisher in Arkansas who doesn’t have any opinion on what’s happening in the Middle East but does not want to have his right to boycott stifled just so that he can take ad money from a state-funded university.

Boycott opens with a Republican state senator in Arkansas alleging his fierce love of the Jewish people and how he was compelled to introduce anti-BDS legislation as a show of that affection. A Democratic colleague of his is interviewed later in the film and mentions that he voted in favor of the bill without understanding that his constituents might object to it, and that he might have voted differently after finding that out. Rabbi Barry Block, who leads one of Arkansas’ nine synagogues, explains his take, which is the most level-headed and relatable perspective in the entire film: he fully supports Israel and is just as much against the idea of prohibiting people from engaging in boycotts.

Footage of speeches at AIPAC, CPAC, Christians United for Israel, and other conferences is included to highlight the extensive work by the “pro-Israel lobby” to elicit support for the campaign against BDS. The nuance that is missing in most of this documentary is that there could be a legitimate reason to not be happy about BDS, and that fighting it may not always be the same as suppressing it. In one clip, there is mention of how anti-Semitism can be embedded within the BDS movement, which singles out Israel as the target of boycott efforts without holding other offenders to account, but it’s glossed over as just another scare tactic that should be summarily dismissed.

There are comparisons made to segregation-era rulings that Black-led boycotts of white businesses were illegal, and the right to boycott is emphasized by highlighting its significance in the end of South African apartheid. A closing note explains that anti-BDS bills have been copied almost verbatim to pass similar legislation in Texas that prohibits boycotts against fossil fuels and firearms. The concept, therefore, is that banning any type of boycott is dangerous because it could be used for other nefarious purposes.

But this documentary does devote a large chunk of time to defending the case for BDS as a cause on its own, which doesn’t feel critical to its point that free speech should be permitted in all forms, regardless of its proven validity. Additionally, the emphasis on how the evangelical community’s support for Israel is often more formidable and vocal than the Jewish community’s is made but not underscored in the way that other documentaries like ’Til Kingdom Come have done, clarifying that Christian support for Israel is often aligned with a belief that Jews will need to accept Jesus or face eternal damnation.

The other question that isn’t quite answered is one that is brought up in a clip of former Prime Minister Benjamin Netanyahu, who made a video declaring that if someone boycotts the State of Israel, “Israel will boycott you.” The right of an institution or government to respond to a boycott is worth discussing, though admittedly requiring people to sign a pledge not to engage in anything is likely to inspire more people to protest it simply for the sake that it is mandated. This film makes its point that boycotts should not be outlawed, but fails to fully investigate certain pieces of its arguments while overemphasizing others.

What’s Missing in the Conversation Between Israelis and American Jews