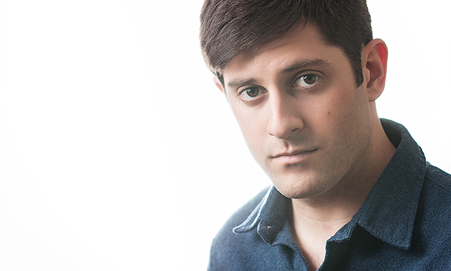 Riding the tour bus with your favorite band—or flying across the world, if they’ve really made it big—is a dream of most music fans. Loren Wohl, a 24-year-old photographer from Monticello, NY, found a way to do just that for a living, taking awesome photographs along the way.

Wohl’s interest in photography grew from his love for another art: music. The musically-driven Wohl was unaware of his photography skills until he picked up a camera for the first time when a colleague at music-based internship inspired him. Now he’s a freelance photographer based in New York City, and tenth on Complex’s list of The 50 Greatest Music Photographers Right Now.

I had lunch with Wohl, an old friend from the Borsch Belt, and it was as if no time had passed since our Monticello days. Only now he’s an in-demand photographer, beautifully capturing the true grit and essence of today’s hip-hop, indie rock, and electronic music.

When did you realize you wanted to be a photographer? Were you always interested in taking pictures?

No, I never was. My junior year of college I was working for RCRD LBL, and one of the writers, who was also a freelance photographer, introduced me to it. I wanted to get closer to the music—it was always about music and I saw the camera as a tool. I got into photography backwards: ‘I like music, I can’t play an instrument, and I don’t really want to manage bands, but maybe this is my way to connect with it.’

And you just happened to be good at photography? It was just a skill you never knew you had?

It wasn’t that easy—it took me a while to get my skills to where they are now. I made a lot of mistakes but learned along the way. It can be that way with anything as long as you’re passionate about it. If something means a lot to you, it will come through in your work. I think it comes through on a subconscious level.

Your job is pretty cool—you’re a professional concert-goer who takes pictures. How much editing goes into your process?

I didn’t plan this! I don’t know how I got here. I don’t do much editing; I have the equipment I need so I can get everything right in camera. I’m not a real tinkerer, but I do edit my photos so they have a certain style to them. It’s more about tonality instead of photoshopping in unicorns.

Yes, all of the above, but that’s not why I do it. Through shooting music and having people see my work, it has connected me to that world. Dillon Francis and Flosstradamus’ management team saw some photos I took of Flosstradamus. They told me they really liked my work and wanted to work with me someday.

At the time I didn’t think much of it, and I was shocked when they reached out and asked me to go on tour with them. I said, ‘Are you kidding?!’ We worked it out, so yeah, I was excited! We went on a nine-day tour in Europe this month.

Who is your favorite artist you’ve taken a photo of?

I enjoy shooting hip-hop and dance music. I find there’s a lot more energy than your average indie band.

I saw that great photo you took of Le1f. What was that like?

That was part of a portrait series I did during SXSW for MTV Hive. I took the photo quickly after he performed. I’m such a big fan of New York hip hop. It’s in a really interesting place right now, with people like World’s Fair and Action Bronson releasing music. There are also a lot of up-and-coming gay rappers, like Le1f. I like how it’s not a gimmick and they’re just being true to themsevles.

I did get to shoot Jack White last year, which was amazing. I feel like any photographer would kill for that opportunity. I’ve shot his live set but it’s different when you have the ability to interact with your subject. I did a piece for NPR where Bob Boilen was interviewing Jack around the time his new album was coming out last year. After the end of a 30-minute interview I asked him if could take his photo. I winged it and took five quick shots.

What’s your favorite camera to shoot with?

I shoot with the Nikon D800. I’m a Nikon shooter because that was the first camera that was put into my hands. At the end of the day it’s more about having access and knowing what to do with the camera, and much less about what you’re shooting with. It’s important you know how to use your tools, in any craft.

Where did you go to college and what did you study?

I went to Five Towns College for two years and transferred to Pace University to finish my Bachelor’s degree in Business Administration.

At least you know how to run your photography business, then, right?

Yes and no. I learned everything about running a business from my dad. He ran a family business for many years.

What’s your favorite type of music?

It might be dance music. That’s why I was so excited about the opportunity to go on tour with Dillon and Floss, because I’m a big fan of what they’re doing.

No, I don’t. I’m more of an observer than a participant. One of my favorite events to cover is EDC because all of the weirdos come out in full force. I feel like an anthropologist and not a music journalist—people wear crazy costumes and it’s more about the absurdity of the event. I enjoy the cultural aspect of what it is; dance music is less about the performer and more about what’s going on in the crowd.

How do you feel about the electronic dance scene?

It’s cool because kids are coming out, having fun, and not caring about anything. I think that’s awesome. Even at 24 I feel old at the shows though, because everyone is 18 to 20. I was into European dance music in high school and would vibe out in my room. Now it’s really popular which is weird to me.

I don’t think people mind being documented, especially if they like attention.

People dress up because they want attention, so when you point the camera at them they appreciate it. They put a lot of time and effort into it. The beads they make are impressive to me as well, and the whole PLUR (peace, love, unity, respect) thing. Candy ravers or Kandi kids wear and make these beads. They have a handshake that spells out P-L-U-R. The final step of the handshake is exchanging the beads. You should write a piece on that.

Are there Jewish kids in beads?

Well, I’ve seen some white and blue, so I think so…