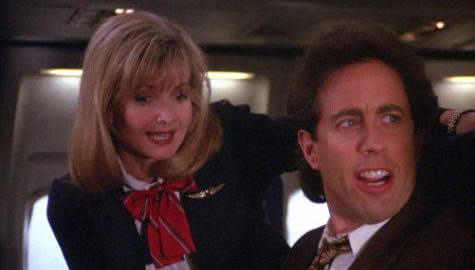 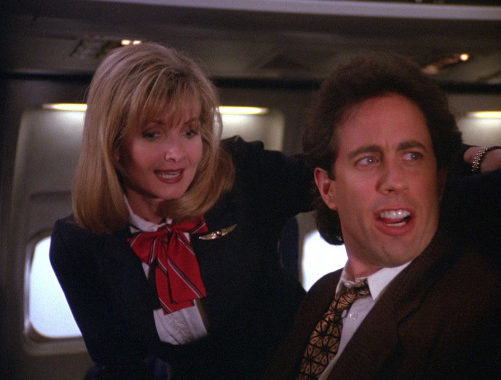 Remember that time Jerry Seinfeld was kicked off a plane? If you know all 180 Seinfeld episodes by heart, you must recall the flight attendant asking him to leave the aircraft:

“The pilot doesn’t want you on this plane.”

Jerry protests: “He can’t just throw me off the plane!”

“Yes he can, if he has cause to believe a passenger will be a disturbance,” replies the flight attendant.

Does she legally have a case to remove Jerry from the plane? Or does Jerry have a case against the airline for being kicked off? If you’ve ever watched any episode of Seinfeld and asked yourself these kind of questions, now there’s an entire website dedicated to the analysis of the legal issues from the show. It’s aptly called “Seinfeld Law,” and it was created by four Manhattan-based law students.

It all started off as idea of Aharon and Zachary Schrieber, 27-year old twins from New Jersey. Both are currently in their last year of law school—the former at New York University, the latter at Columbia—and love Seinfeld. After toying with the idea for months, they made it happen and launched the site. Their schoolmates love the project, as well as many fellow Seinfeld fans they found on Reddit and Twitter.

“We started watching Seinfeld while in our sophomore year of high school. We’d run from the school bus into our basement every night to watch it,” Aharon told Jewcy. “Watching the show is like reading a great novel, or the Bible—each time, you can see new nuances or jokes. You’re never really done with it.”

The four students dive into episodes of the show and analyze potential legal issues that the characters face in them. “Seinfeld is known to be the show about nothing,” said Aharon. Zachary convened: “It’s about what happens in the characters’ day-to-day life, and that’s where most legal issues come up. Other shows don’t deal with these little things.”

In the blog, they discuss whether a store owner is allowed to reject a payment made in legal tender; whether it’s possible to claim back an engagement gift if the receiving couple breaks up; and whether it’s legal to send pornography through the mail. (Yes, all of the above happens on Seinfeld.)

Of course, some laws have changed since the show aired in the nineties. The contract of carriage of United Airlines—which would likely make Jerry entitled to a compensation after being removed from the flight, I learned from the blog—has definitely changed since then. But the idea that anyone can learn some useful legal insights with the help of a popular sitcom is fascinating.

“We don’t want [the blog] to be too high brow, too legal,” said Aharon. “It’s not only for people who are in law school.”

The group of students is considering expanding their idea to other television shows. The characters from Friends and How I Met Your Mother could make guest appearances on the site in the future. The twins even hope that in the long run they could turn this project into a book.

In the meantime, what of the infamous finale— should the gang have actually gone to jail for refusing to help a carjacking victim?

Ruth Bader Ginsburg: There Will Be “Enough Women” on the Court When There Are Nine

Spotlight On: Eli Batalion and Jamie Elman of “YidLife Crisis”