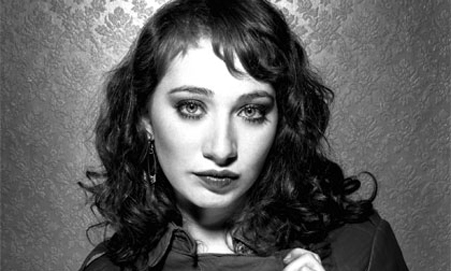 Our girl Regina Spektor did a great interview with Terry Gross on NPR’s Fresh Air about emigrating to the United States from the former Soviet Union, and taking her first trip back to Russia this summer. Spektor is delightfully articulate and thoughtful, sharing her method of writing as well as some of her tougher memories from the old country.

Gross refers to Spektor as a muscular piano player, which Spektor admits is not always preferred in classical music. “Sometimes the way that I need to play the instrument, it gets so loud that the strings reverberate in a certain way,” she explains, adding that she’s had run-ins with piano tuners who think otherwise. “They get kind of argumentative with me, and they’re like, ‘you’re not supposed to play this loud.’ I tell them I have to play how I play.”

Listen to the full interview here, and Spektor’s new album, What We Saw From the Cheap Seats, here.

Watch: The Premiere of Kol Nidre (As You’ve Never Heard it Before)

Fasting Out of Solidarity, Not Faith