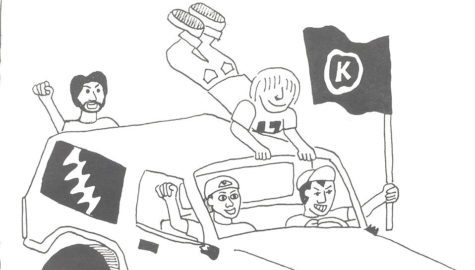 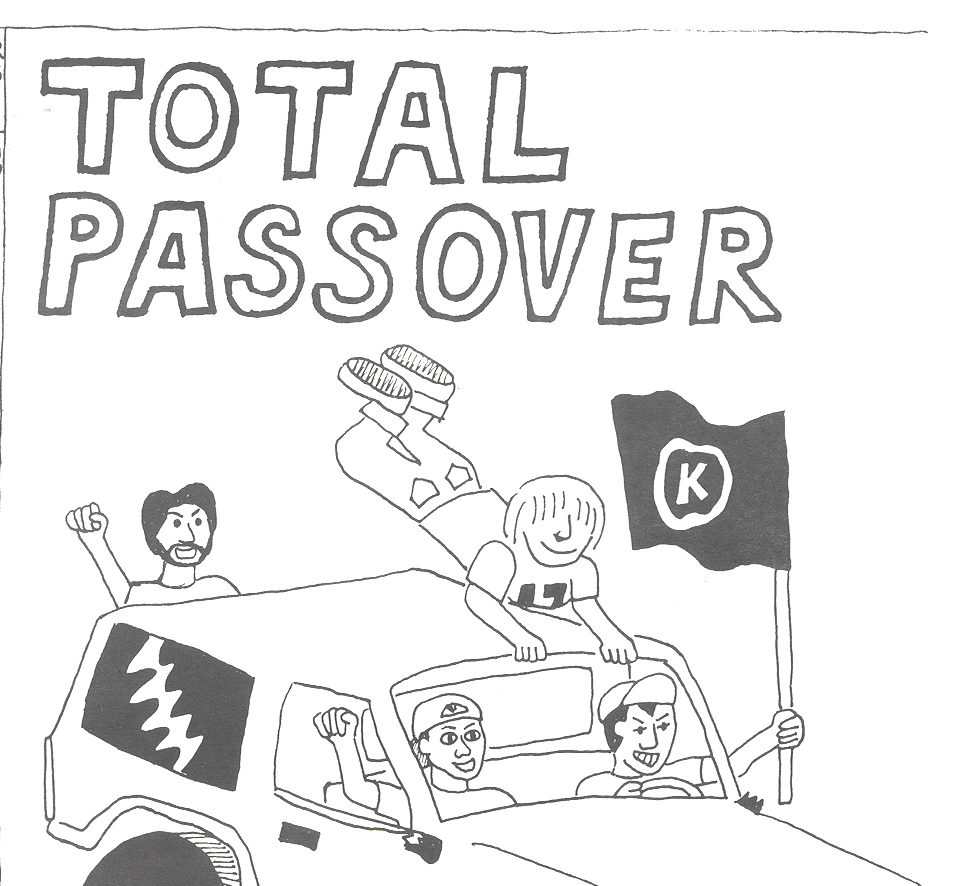 Punk chefs advise that if you want to ground up matzoh to make matzoh ball soup, you can have the punk rock band in your living room do it for you.

If you don’t have a punk rock band in your living room, this playlist should rev you up for all eight days of Passover. If it still isn’t enough (dayenu?), check out last year’s Passover punk playlist.

A key theme of Passover is that while we might face problems now, things will be better next year. The chorus of this traditional song says, “You will yet see how good it will be next year.” In Yidcore’s cover, this rallying cry is more of a scream the last time it’s uttered.

The chorus of “True North” connects the seder-ending slogan “Next year in Jerusalem” with social justice activism. Shondes singer Louisa Solomon said the song is about “utopian ideals” in “revolutionary movements—and the related Jewish tradition of actively imagining a better world.” The band included “Next year in Jerusalem” to “connect with our ancestors’ aspirations toward justice,” Solomon explained.

Gefilte Fuck: Why Don’t We Do It in the Shoul?

The song is modeled after the Beatles’ “Why Don’t We Do It in the Road?” and starts off by suggesting sex in a synagogue. There are four questions in total, and two of them are from the Four Questions: “Why do we eat unleavened bread?” “Why do we dip our parsley twice?” Click here to listen.

“The Mohel Song” addresses whether a transgender Jew should get circumcised. Toward the end of the song, singer/guitarist Lucian Kahn sings the chorus of “Chad Gadya.” Kahn associated “Chad Gadya” with his family’s inebriated renditions following four cups of wine at Passover seders. He saw in “Chad Gadya” the “drunken revelry of the liberation moment of the seder.” As Kahn put it, incorporating the song fit into Schmekel’s approach of taking liturgical melodies and other familiar elements of Judaism, “commenting on it,” “re-contextualizing it,” and “making it [their] own.”

G-d Is My Co-Pilot: Dayenu

G-d Is My Co-Pilot was part of No Wave, an avant-garde offshoot of punk rock. The band originally spelled out the first word of their name, but when they played overtly Jewish songs, they used a hyphen instead. Their 1994 album Mir Shlufn Nisht (Yiddish for “We Don’t Sleep”) included “Dayenu,” plus a hora, a Chanukah song, and “Hatikvah.”

Total Passover qualifies for this playlist because of their awesome name. Their slogan, “Shalom Motherfucker,” wasn’t well received in their home state of Iowa in the early ’90s. In “Get Kosher,” the Jewish narrator tells a non-Jewish woman that he’ll only date her if she keeps kosher. The chorus includes the hilarious line “Lips that touch swine will never touch mine.”

This Hebrew song calls for Elijah the prophet to come to us soon with Moshiach. Moshiach Oi! have plenty of punk rock in their rendition, but there are also heaping servings of reggae. In addition, Moshiach Oi! discuss the Exodus from Egypt in songs “Yetzias Mitzrayim” and “This Is My God.”

“1st Diaspora Egypt” appeared on Steve “Gangsta Rabbi” Lieberman’s 69th album last year, and now he’s released three more since. The lyrics discuss how Joseph wound up in Egypt, Pharaoh’s order to build pyramids, the splitting of the sea, and wandering in the desert for 40 years en route to Israel.

…You might need to read the lyrics to get all that.

For more information about all these artists, check out Michael Croland’s book, Oy Oy Oy Gevalt! Jews and Punk.