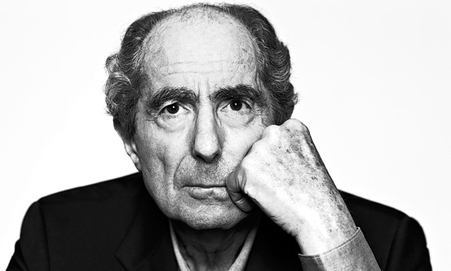 Every grieving Philip Roth reader who is Jewish understands that, as David Remnick of The New Yorker pointed out about the author who died Tuesday, “His sin was simple: he’d had the audacity to write about a Jewish kid as being flawed… He had violated the tribal code on Jewish self-exposure.”

Roth’s “Defender of the Faith,” from his 1959 collection Goodbye, Columbus and Five Short Stories, is the tale of a Jewish kid who is not only flawed but self-serving, manipulative, and frankly repulsive. Stuck in Missouri for basic training during the Second World War, Private Sheldon Grossbart is a grotesque reflection of everything gentiles think about Jews. He connives to prey on the Jewish guilt and self-doubt of his sergeant, fellow New York Jew Nathan Marx, to achieve two goals: avoiding service in the expected invasion of Japan, and getting time off to eat a really delicious and totally treif “Chinese goddam egg roll.”

Roth himself discovered in his early confrontations with American Jews that many of them preferred to keep the egg roll consumption out of public view. Some of his coreligionists believed that inconsistencies and conflicts within the American Jewish community were better discussed only among Jews, if at all.

As Grossbart explains to a non-Jewish captain frustrated with his odd requests for religious accommodations, “Some things are more important to some Jews than other things to other Jews.” Roth explodes every sacred stereotype about Jewish life, leaving ugly little fragments. Respect for parents? Grossbart forges a letter from his mother complaining about the non-kosher food he is forced to eat. The letter ends up on the desk of a “goddam congressman,” forcing the ambivalent Jew Nathan Marx to explain to his superiors that “Jewish parents, sir—they’re apt to be more protective than you expect. I mean, Jews have a very close family life.”

Grossbart’s scheme to get Marx to sign off on a leave from base during basic training involves a persistent claim that he needs to eat kosher food, and to attend his aunt’s Seder, although Passover has been over for a month. When Marx shows disdain for the soldier’s implausible fidelity to Jewish law, Grossbart compares him to the passive Jews who had only recently allowed themselves to be slaughtered: “That’s what happened in Germany…They didn’t stick together. They let themselves get pushed around.”

Before the term Holocaust had even come into use, Roth has one Jewish character accuse another of complicity in this horror. In an even more outrageous violation of Jewish solidarity, it is the vaguely anti-Semitic Captain Barrett who rather sensibly points out to Grossbart the hypocrisy of his religious scruples, stating that Marx had been killing Nazis in Europe when he, Grossbart, was still in high school. Yet Marx was perfectly willing to eat non-kosher food as part of his army service.

Marx, the tough, secular Jewish combat veteran finally gives in to Grossbart’s incessant whining and gives him and several of his friends the pass they crave. After all, for all his cynicism, Marx still remembers his own grandmother’s loving attention and its lesson that “mercy overrides justice.” One more cherished belief dissolves, as Grossbart returns, not with the promised gefilte fish and horseradish, but with that egg roll in a greasy paper bag.

Marx has his revenge, pulling strings to reverse Grossbart’s successful campaign to be sent to Monmouth, New Jersey, rather than the Pacific. So one Jewish soldier goes out of his way to have another sent to his probable death. Of course, Marx does not know what Philip Roth did: the atomic bomb would shortly end the War in the Pacific, so his anguish over having pushed a fellow Jew into the line of fire was wasted, as anguish often is. Yes, “some things are more important to some Jews than other things to other Jews.”

Fortunately for us, telling the complicated and sometimes ugly truth was supremely important to Philip Roth.

Check Out the Amazing (Very Jewish) Trailer for ‘Indignation’

Anya Ulinich on Autobiography in Fiction, Drawing, and the Perverse Pleasures of OkCupid