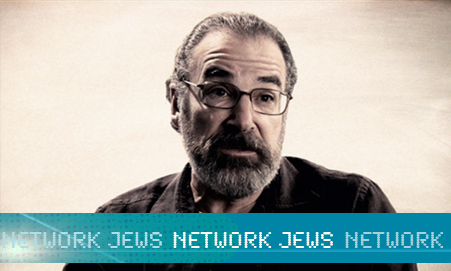 Though Carrie Matheson (Claire Danes) is the main character of Showtime’s tense CIA drama Homeland (which returns for a second season September 30th), Saul Berenson (Mandy Patinkin) is the force binding the show’s combustible elements together and propelling the action forward. Patinkin deserves a heap of credit: anyone who can play both Inigo Montoya and Che in Evita is a hall of famer. Still, Saul’s centrality is especially interesting because Jewish identity rests at his character’s core—an identity so richly illustrated, I offer the following proposition: Saul Berenson is the most accurate depiction of an American Jewish identity ever portrayed on television.

There is a scene midway through the first season in which Carrie bets her signed copy of Thelonius Monk’s Monk’s Dream that a polygraph test will incriminate Sergeant Brody. Saul parries: “I prefer Coltrane. Not so fussy.” The Monk-Coltrane dichotomy is an almost too-perfect metaphor for these characters. If Monk’s schizophrenic genius prefigures Carrie, Coltrane’s religious devotion to his craft encapsulates Saul.

Saul is the meticulously brilliant veteran to Carrie’s reckless savant. Steady but irrepressible, he knows exactly when to rein Carrie in and when to spur her forward. When she leaps to conclusions, he challenges her theories: “The dots are there Carrie, but you haven’t connected them yet.” Before one interrogation, Saul delivers a strangely effective pep talk: “You good? It’s good that you’re good. Good is a good thing. Carrie? Eviscerate the motherfucker.”

Saul also pushes the higher-ups to be assertive, daring, and unconventional. When the CIA nabs the American terrorist Aileen at the Mexican border, Saul convinces Estes to let him drive her back to D.C. Saul can persuade her to talk in the car; in D.C., she’ll stonewall. He “gets” her he says—and he gets her to finger Tom Walker, a huge break in a case that was going cold.

Through all of Saul’s orchestration and discovery, his fiercely cultural Judaism surfaces repeatedly. Some of these references are boilerplate. What Jew doesn’t believe chicken soup is the “elixir of the gods?”

Many are more complex. When Carrie blunderingly comes on to Saul after he discovers her illegal surveillance, he is horrified. She destroyed their trust, he hisses, when she treated him “like them—like every other schmup in this building.” Saul’s first yiddishism comes at a crucial moment. In Saul’s morality—one clearly influenced by his Jewish roots—Carrie’s misuse of her sexuality with him was grave in its suggestion of the relationship’s phoniness.

Homeland (loosely based on the Israeli drama Prisoners of War), though, pushes its exploration of Saul’s Judaism further. Viewers learn the most about Saul’s background through his conversations with Aileen. Saul expresses sympathy with Aileen, whose father was horrified at her relationship with a “little brown boy.” Aileen assumes Saul’s concern is artificial—“what do you know about it?” Saul replies, “more than nothing. I married a brown girl.” Saul leverages his personal narrative to gain Aileen’s trust, but that narrative is telling in its own right. Saul subtly indicates his family’s dismay that he married outside the faith.

The revelation is only Saul’s introduction. In one of the show’s brilliant scenes, Saul takes Aileen to the remnants of the makeshift synagogue in rural Indiana where he and his family prayed. He tells Aileen of the strict orders not to assimilate and his dutiful obedience to the prohibition on singing Christmas carols. He hated the synagogue—it was the reason why he was “different, strange, isolated.” “I’d gladly say their prayers, sing their songs,” Saul tells Aileen, “I just wanted to not be alone.” Saul grew up Jewish where that identity engendered alienation. Though as a child he may have wanted to simply blend in, as an adult, Saul ended up where many American Jews do: intermarried and non-observant, but with an intense cultural affinity and Jewish identity.

Jewish identity plays a central role in another critical scene—one whose opacity deeply challenges viewers. Saul interrogates Afsal Hamid, who is initially cooperative. But before Saul and Carrie can extract any further valuable intelligence, Hamid is found to have committed suicide. Looking at the dead body, Saul recites the first lines of kaddish, the prayer over the dead.

Before Carrie interrogates the Saudi diplomat, she reminds Saul he once told her that to extract information, you’re looking for what makes someone human, not a terrorist. Perhaps Saul finds Hamid’s humanity, seeing him break at the prospect of securing his family. Perhaps Saul says the kaddish as a show of respect, mourning the humanity of the dead.

Or perhaps Saul does it for tradition, like Jews who salt their bread irrespective of the day of the week. Saul is a cultural Jew, and he marks Hamid’s death with a formula that has no religious meaning but has cultural significance that transcends rational understanding.

But the most compelling explanation is that Saul loves his work religiously and mourns what he thinks may be the death of his case. Saul uses a ritual with deep religious significance as a grieving mechanism for his work. The kaddish isn’t for Hamid—it’s for himself.

I cannot think about Saul’s kaddish without returning to his appreciation for John Coltrane. Coltrane cut A Love Supreme after recovering from drug addiction and throwing himself into his music with unparalleled devotion. It’s the same devotion Saul shows to his own work. With his wife leaving for India and his marriage in jeopardy, Saul pleads guilty: “It’s my weakness. My Achilles heel. Every time they call me, I go.” Indeed.

At every key moment, there is Saul—playing an integral role only he can perform. “I was weaned on inter-agency non-cooperation. Nothing makes me happier than seeing the FBI stand around with their dicks in their hands, watching us work.” It’s why Saul shmears peanut butter on crackers with a ruler in the dead of night at Langley. It’s why he stays in D.C. when the love of his life returns to India. And it’s why Saul’s Judaism surfaces time and again on the job: this is his religion.

Dov Friedman works in foreign policy in Ankara, Turkey. Like sportswriter Jason Whitlock, he has a childlike obsession with The Wire.