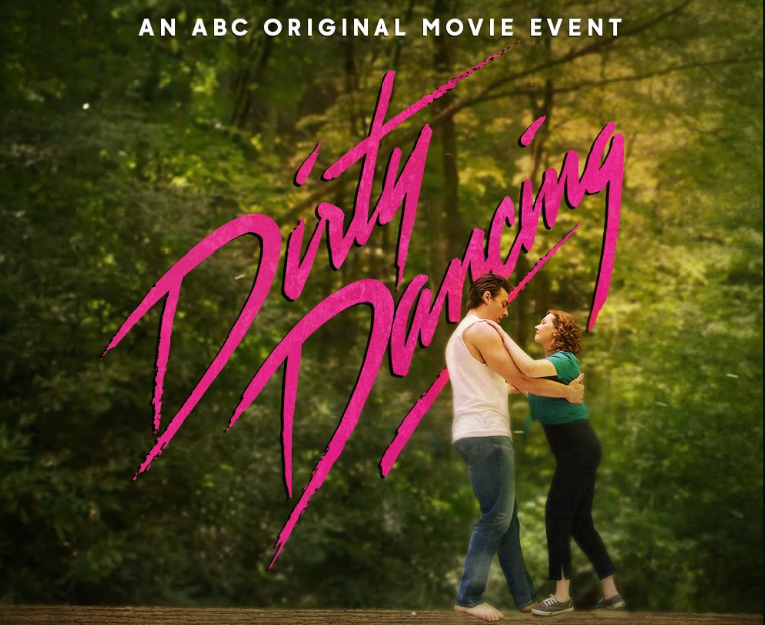 But now, the fact has returned— returned with a trailer that proves that yes, there is about to be a TV remake of Dirty Dancing.

Listen, there have been plenty of media take-downs of this thing already, and it doesn’t even premiere for another month. They point out all the obvious problems— that it’s a movie that doesn’t need to be remade, that the songs sure as hell don’t need to be re-recorded, that there was already a terrible sequel, that despite ABC insisting that this movie is going to add some sort of epilogue, it looks practically identical to the original, but worse, etc.

So let me spare you all that and add one additional fear: that this movie is going to be goyishe.

Listen, Jews don’t always need to be played by Jewish actors. And it’s not like this cast is completely Jew-less; Baby’s mom is going to be played by Debra Messing. Abigail Breslin, playing Baby, has a Jewish father, though she doesn’t seem to identify as Jewish. But for the most part, it looks like a poignant look at secular Jewish culture in the Borscht Belt is going to be swapped out for ham-fisted (emphasis on the treyf) messages about race and gender in the 1960s that’s going to erase Baby’s ethnic identity beyond her surname.

The original movie wasn’t full of Yiddish songs and references to Yom Kippur, but it still feels authentically Jewish to Jews— the statements about American Jewry and class and changing tides are subtle but present. Heck, a New York Jewish theatre troupe used the film as a core text of a project they did just a few months ago.

And of course, the most important detail here is Baby herself. Perhaps the producers were thinking that casting Breslin would reflect the original decision to cast an actor who’s not a conventional sex symbol. But that completely misses the fact that what made Jennifer Grey not fit normal beauty norms were her ethnic features— her curly brown hair, her large nose (z”l Jennifer Grey’s nose). Other than Streisand, traditionally-Semitic looking women in Hollywood are far and few between. Baby didn’t need to do or say anything Jewish in the original film— seeing her was enough to raise the spirits of Jewish girls like Baby soaring above Johnny’s head.

At least one executive producer of this film, Eleanor Bergstein, is Jewish. The writer, Jessica Sharzer, is Jewish. So they may prove me wrong! But odds are, this is going to be a bland disaster.

And the worst part about all this is, I’ll probably hate-watch it for the followup article.