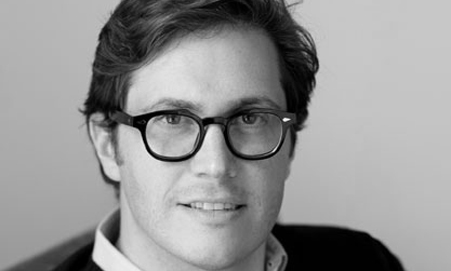 The old saw that “comedy is tragedy plus time” has been attributed to everyone from Mark Twain to Lenny Bruce, Carol Burnett, and Woody Allen. That’s according to the Internet, a.k.a. bullshit at the speed of light. But whoever authored the line was working from a different formula than the Jewish one I grew up with. Eric Jarosinski’s funny Twitter feed @NeinQuarterly says, “Tragedy + time – comedy = German comedy.” In the Jewish formula, I think, there isn’t enough time between tragedies for ‘tragedy plus time’ to apply.

The formula probably runs something more like this: Jewish comedy equals tragedy plus comedy in a hurry. That is, Jewish comedy takes place in the midst of tragedy and despite tragedy. I don’t mean theater of the absurd or any other form that treats existence itself as a sort of sick joke. (More than sick, I’d say it’s longwinded.) By Jewish comedy I mean joyous, meaningful human laughter pressed into service amidst sorrows and by sorrows, laughter engaged in subversive work upon sorrows to leaven and defy them.

A matchmaker introduced a bridegroom to his bride and the bridegroom was shocked. He pulled the matchmaker aside and whispered, “What have you done? She’s ugly and old. She squints and even has a hump!” The matchmaker cut in, “You needn’t lower your voice, she’s also deaf.”

Physical infirmities and helpless calamities beset the poor woman and the poor bridegroom in a way that’s certainly tragic but for the joke’s irreverence for the infirmity and calamity. Far from being polite about it, the matchmaker flaunts the woman’s misfortune, perhaps to his own detriment; he acts as though the infirmities are no impediment to the match he’s trying to make. The ultimate result is that he disregards the tragedy before him. Isn’t the disregard and disrespect for the tragedy what make the joke funny?

Some Jews disdain the tragic sensibility nowadays. Lately there’s Israel, the theory of relativity, Seinfeld—things are generally looking up, kein ayin hora. For a long time, though, we had kind of a rough go there. Our sense of humor has long been a survival tactic in the face of tragedy, and I’ve personally found that vein of anti-tragic humor to be a valued resource in coping with my own troubles.

My novel In the Land of the Living is about those actual troubles: My father died from a very unusual and aggressive cancer at the age of 29, when I was three and my brother was six weeks old. After that, things got easier for my family (kein ayin hara—you see how this works?), thanks to good people. But those events and that severed relationship did project a certain despair over my childhood which remained even into my adulthood. Irreverence before tragedy, black humor—or gallows humor, as some people call it—has been a survival tactic for me, and also influenced the writing style of my new novel. In that sense, In the Land of the Living is as Jewish a book as I could write.

The novel does not summon irreverence by punchline, but more often by certain tonal incongruities. When an emotionally deprived Eastern European immigrant hits his children, it’s “a technique he’d presumably learned at the Kishinev School of Cossack Child-Rearing.” When a taciturn uncle misses New Year’s Eve (because he’s dead), it’s noted that he’s even more quiet than usual.

The incongruities can work the other way too; that which ought to be happy and funny is sometimes polluted with darkness in the world of this novel; a game of basketball has the specter of death within it. The mix of light and dark may be uncomfortable for some people, but I consider these basic human rights: to spurn the darkness, and also to spurn the light when it shines too little or too late.

Austin Ratner is the author of the novels In the Land of the Living and The Jump Artist, the 2011 winner of the Sami Rohr Prize for Jewish Literature.

Austin Ratner is the author of the novels In the Land of the Living and The Jump Artist, which won the 2011 Sami Rohr Prize for Jewish Literature. He lives in Brooklyn, New York with his wife and two sons.