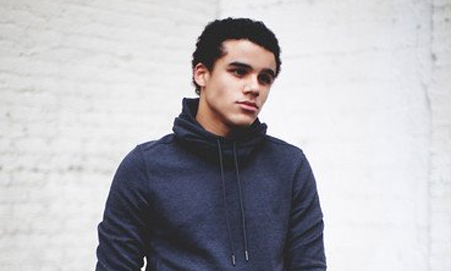 Looks like Puck’s got a little brother. Jacob Artist has been cast as Jake Puckerman, the younger half-brother of mohawked Noah Puckerman, McKinley High School’s resident lothario. The end of Season 3 saw the elder Puckerman, whose best line of the series remains “Rachel was a hot Jew and the good Lord wanted me to get into her pants,” defying logic and grade point averages to graduate from McKinley, presumably leaving Jake at the helm of the family’s annual Simchat Torah Schindler’s List-watching tradition.

Little Puck will reportedly audition for the glee club, “but his attitude could derail his audition.” Drama alert! Puck did set the badass bar pretty high, seducing his teachers and impregnating a classmate and all, so we’re expecting big things from Jake (though we’d settle for a Thanksgiving break fling with college student Rachel Berry). Whatever it is, he better be singing about it.

Barbra Streisand ‘Flattered’ By the Duck Sauce Song Named After Her