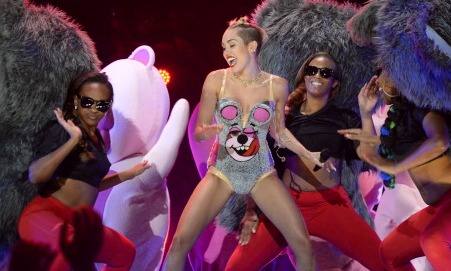 If the internet could explode— a catastrophe that’s neither been verified, denied, or fathomed, really— it would probably happen today. With all the coverage of Miley Cyrus’ MTV Video Music Awards performance, hardworking Americans are struggling to focus at work; fighting the urge to watch each GIF on Buzzfeed, to read each contrarian analysis on Slate.

But in the face of such adversity, one man unites us in under 140 characters, saying exactly what everyone is thinking— the core reason Cyrus’ performance has shaken the nation:

I will always have this version of Miley. Let's live in the past and heal. pic.twitter.com/zMsEW2PvfO

It’s hard, but impossible not to watch a tween queen gone berserk. Thanks for the perspective, Judd. We can all get through this together.

Miley Cyrus to Israel Next Summer

Amy Schumer’s New Film To Be ‘Shaped’ by Judd Apatow