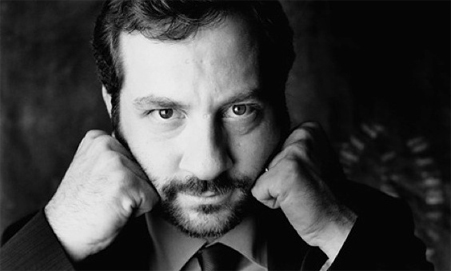 Responding to a Twitter follower who questioned whether the fellow in the picture below, seen rooting for Portugal in the Olympics, might be Judd Apatow, the director offered two simple, beautiful words. “Sephardic Judd,” Apatow tweeted back, both identifying the man and coining the title of what would be his most overtly Jewish (if entirely hypothetical) directorial project yet.

Sephardic Judd would probably star Jason Segel, with the requisite Jonah Hill supporting character and maybe even a Paul Rudd subplot, if we’re lucky. And a lot of circumcision jokes.