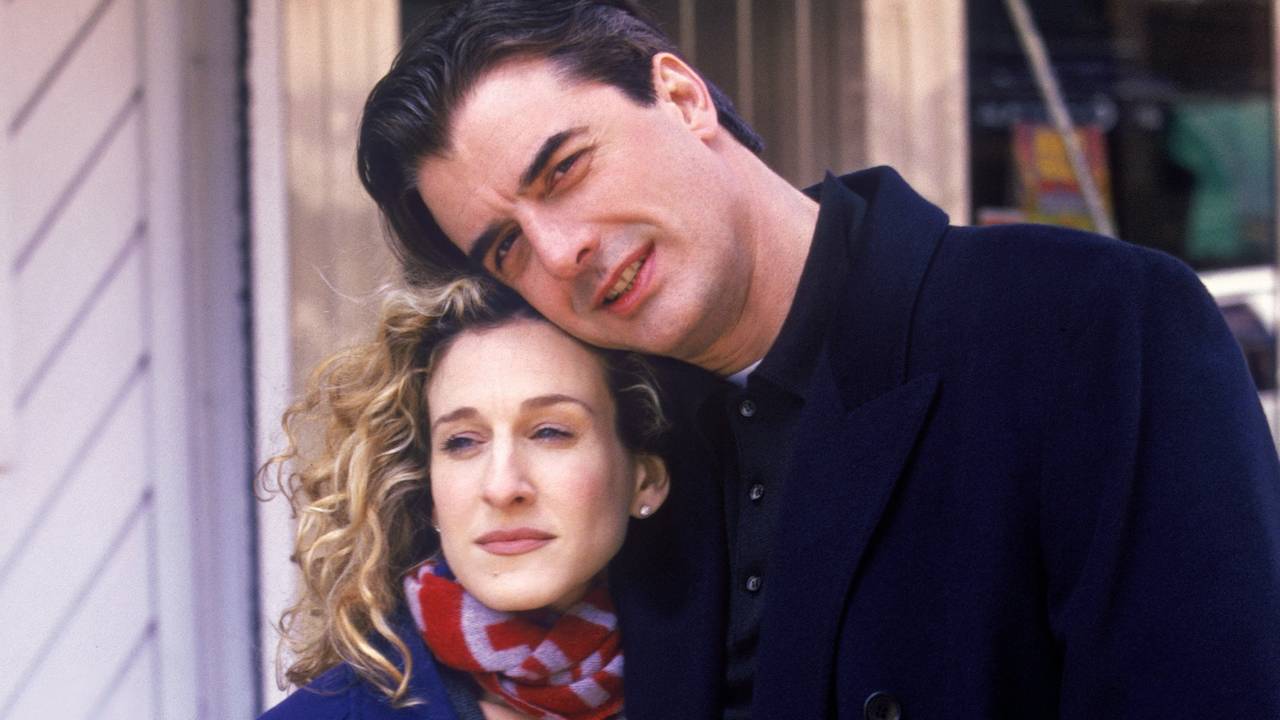 Watching the Sex and the City pilot fresh from having seen And Just Like That…, HBO’s hit revival of the series, I’m struck by how different things could have been.

This is undeniably a different show—with a different sensibility—than the series it would over the years grow and evolve to become. Carrie is a brunette. She’s saltier and less precious. She talks directly to the camera.

A self-proclaimed “sexual anthropologist,” she spends the episode investigating ideas about relationships: why are there so many great unmarried women, and no great unmarried men? Or: can women have sex without emotion—like men do? To get the answers, she interviews friends and acquaintances. Here we meet Samantha, Miranda, and Charlotte, along with a roster of toxic bachelors who give us the male perspective as they pump iron at the gym.

As the years passed, however, the show drifted away from this early vision. Carrie stopped talking to the camera, they lightened her hair and ditched the light jazz, and the aesthetic became somehow pinker and shinier. It would seem, then, that the Sex and the City we have (along with its movies and reboot) is only one of many possible shows that could have emerged from this pilot.

So what is it that pushed SATC to choose the path they chose? And was that choice inevitable? The answer—it would seem—is Mr. Big, smiling from the back seat of his limo, offering Carrie a ride home from Manhattan’s hottest new club—Chaos.

It’s Mr. Big who will pull Carrie out of her role as “sexual anthropologist” and make her the hero—not the observer—of the story. It is their great and tortured romance that will transform her character from smokey sex columnist to wide-eyed romantic. His story arc will end up becoming the arc of the show itself.

This is made all the more fascinating by the fact that Sex and the City very nearly had no story arc at all. According to the ever-valuable SATC coffee table book, Sex and the City: Kiss and Tell, Darren Star originally conceived of the show as an anthology series—a kind of relationship procedural, with Carrie as the investigator focusing on a different “case” each week.

Having ditched the anthology idea, Sex and the City became something akin to a romcom adapted for the small screen and spread out across six seasons. To characterize it as such, however, requires the clarity of hindsight. Watching SATC in real time back in the 2000s, it was not at all obvious that this was a love story at all, let alone Mr. Big’s love story. It felt entirely plausible that Carrie would end up with someone else, or with no one at all.

Perhaps, however, such speculation is fruitless. As the sages wrote of the book of Genesis in the Midrash (forgive me, I’m a rabbinical student), it is not appropriate for humans to inquire of what happened before creation. The Torah begins with the moment order emerged from chaos, and we will never know what came before—nor what alternative creations could have possibly emerged instead.

That said, seeing Carrie and Big sit together in the back of Big’s limo, I can’t help but be impressed with a sense of rightness.

Yes. This is how it had to be.

Pair SATC S01E01 with AJLT S01E10 (minute 35:44-37:00), in which Carrie scatters Big’s ashes off of “their bridge” in Paris. It would seem that this would end Big and Carrie’s multi-decade story arc. This arc emerged from Chaos, and to chaos it has returned. What comes next is anyone’s guess.

Matthew Schultz is an author and rabbinical student based in Massachusetts. For takes on SATC, AJLT, and more, follow him on Twitter at @MatthewASchultz and on Instagram at @Matthew_A_Schultz.