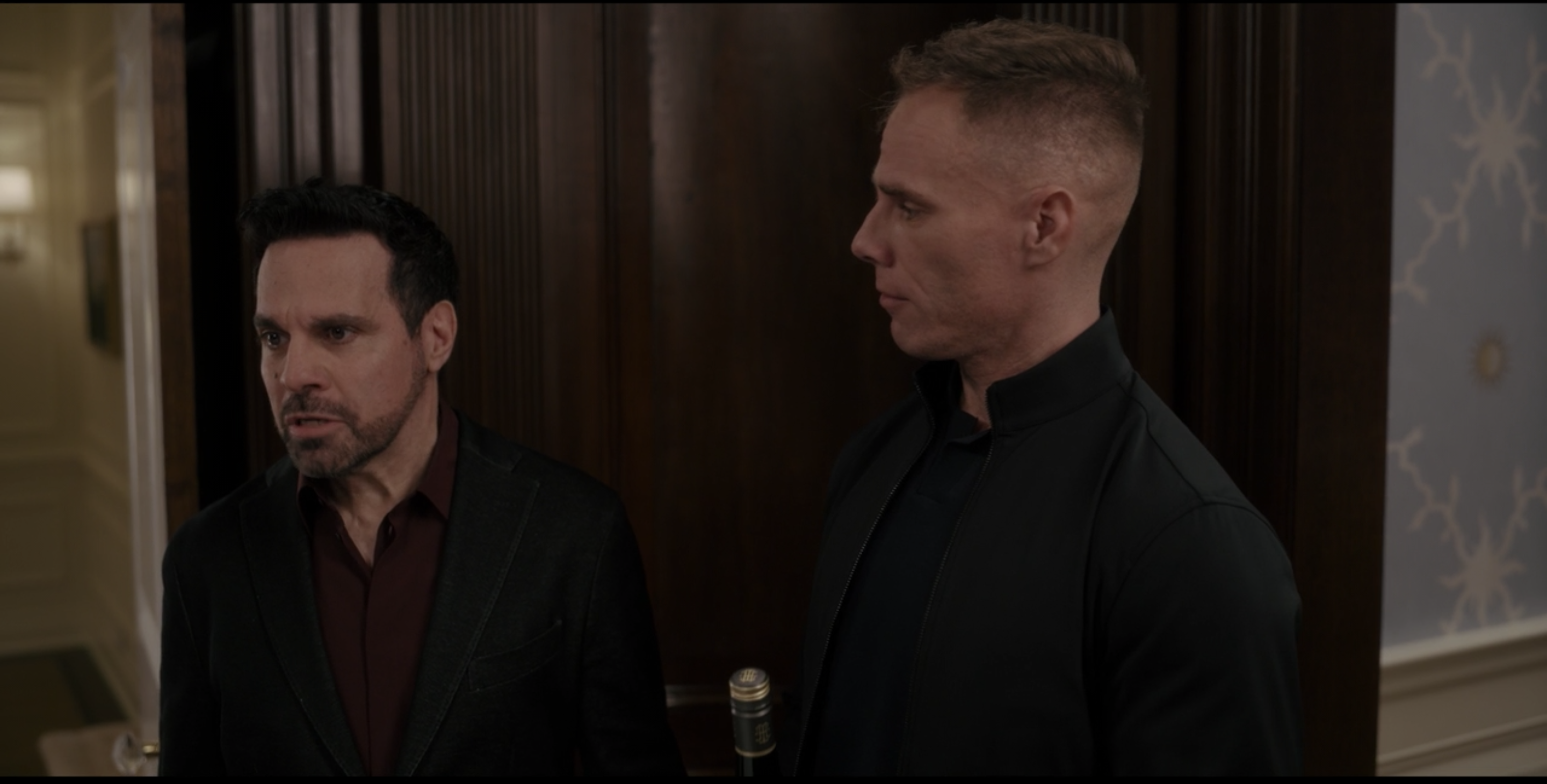 It probably wasn’t great timing that the penultimate episode of the Sex and the City revival, …And Just Like That, included a Holocaust-related joke and happened to premiere on International Holocaust Remembrance Day. At this point, that brief moment has attracted considerably less attention than Whoopi Goldberg’s remarks on The View which earned her a two-week suspension, but it’s still worth revisiting to unpack how problematic it may or may not be and what impact throwaway comments on a widely-watched TV comedy really can have.

It’s first worth clarifying that the scene didn’t actually include a Holocaust joke, but rather an instance where Anthony’s date Justin, upon learning that he was at a Jewish dinner, gleefully informed his hosts that the Holocaust was a hoax. To decide what is or isn’t offensive to people isn’t any one person’s job, and so anyone who found the inclusion of that bit unnecessary or uncouth is perfectly entitled to that opinion. Whether Holocaust jokes in general are okay has been explored before in films like The Last Laugh. The question is: is there anyone in this show’s audience who wouldn’t have understood that the remark was so patently absurd that it was absolutely deserving of Anthony’s response, which was to furiously dismiss him without a second thought?

And Just Like That is a show that has dealt with gender identity, race, and other hot topics that the original series didn’t address nearly as well, and its subsequent episode, the finale, featured Torah reading blessings and a trans rabbi. What viewer would think, for even a second, that this oaf’s faux pas should be taken seriously? Perhaps it is a comment on how certain longstanding misconceptions and stereotypes can permeate even liberal circles, unintentional ignorance that over time becomes mainstream thought. The idea that Jews control the world’s financial institutions or have dual loyalties are cited far too often as facts rather than problematic and historically-perpetuated insults.

But how much is a TV show responsible for echoing the way the world is and for the way that people might interpret its content? This is not a new conversation. Sacha Baron Cohen’s Borat was funnier if you knew that his character was speaking Hebrew and that Cohen himself is Jewish, but someone who had never met a Jew might think the film was portraying reality when it is clearly an outrageous mockery. Similarly, a first-time watcher of Inglourious Basterds might utilize the film’s storyline that features Jews brutally seeking vengeance on Nazis during World War II as an argument that Jews were in part responsible for their own fate. Anyone who stays through the end of the film should hopefully understand that it is pure fiction.

We see hate in entertainment all the time, often assigned to villains who are meant to be evil and irredeemable. On HBO Max’s Peacemaker, the title character’s father gets sent to prison in his son’s place for crimes he did not commit. But he is a fully unapologetic white supremacist who does more than merely think hateful thoughts, and it is posited that maybe he is behind bars for good reason, whereas Peacemaker, who has been indoctrinated by theories about the “deep state” and other right-wing talking points, does have a moral code and only seeks to kill the bad guys.

Is there a point where seeing disturbing truths about the society we live in reflected on screen becomes unnecessary, especially when they are used purely for entertaining purposes? Movies about the Holocaust should of course not downplay the horrors of what happened, but are there not enough made-up nefarious causes that could populate popcorn flicks and comic book TV shows? The likely answer is that those who belong to a particular group will feel more strongly about something that affects them personally, and there won’t be any widespread consensus since different things bother different people.

Justin’s appearance on And Just Like That serves no greater purpose to the show than a quick laugh. As soon as he first comes on screen, he’s immediately gone thanks to Anthony’s swift rejection of anything he has to say. Its inclusion doesn’t add anything, and it surely won’t be referenced again for any reason. The show continues to showcase challah, religious ceremonies, and rainbow yarmulkes to support Rock’s evolving gender expression. What the bit’s presence and the response to it show is that even portraying ignorance can be triggering for some, and with good reason, because the assumption every viewer is able to identify what should be chalked up to fully unbelievable humor and what could be a stand-in for how things really are is flawed. That it was merely one line and then promptly forgotten suggests that it may have done more damage than the minor benefit provided by a momentary chuckle.